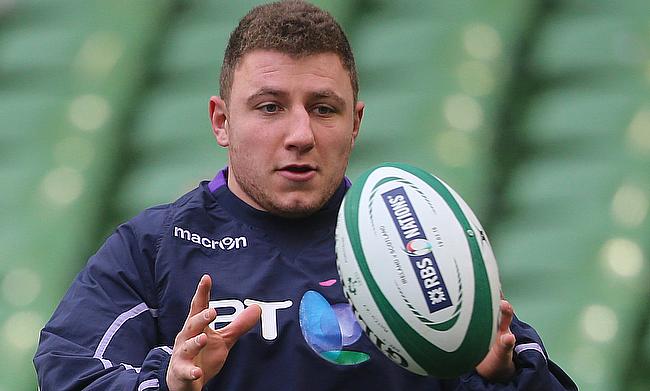 Edinburgh launched their 2016 Pro12 campaign at Murrayfield with a hard-fought 20-9 win against error prone Scarlets on Friday.

Wing Mike Allen and number-eight Magnus Bradbury scored a try each for the hosts, while the visitors drew a blank in their tries tally.

Edinburgh fly-half Duncan Weir had a productive outing with the boot as he managed to successfully convert both the tries in addition to scoring a couple of penalties.

Scarlets fly-half Rhys Patchell's hat-trick of penalties were the sole contribution to the points tally as the visitors paid a costly price for committing too many errors.

A wet and sparsely-attended Murrayfield saw three players getting sent to the sin-bin. Jake Ball, the Scarlets second-row, was sin-binned for taking a man in the air at a line-out, while Bradbury was sent to the sin-bin for a tip-tackle a minute after scoring the try.

Edinburgh centre Phil Burleigh was binned for a ruck offence on the 52nd minute, however, apart from a penalty a minute later, the visitors failed to take any noticeable advantage.

After a dismal show against Cardif last week, Alan Solomons and his men would be proud of their efforts, especially the defence.

With two defeats from two games, Wayne Pivac must be a worried individual in the Scarlets camp.’