Ackermann looking to sign off from Lions with title win 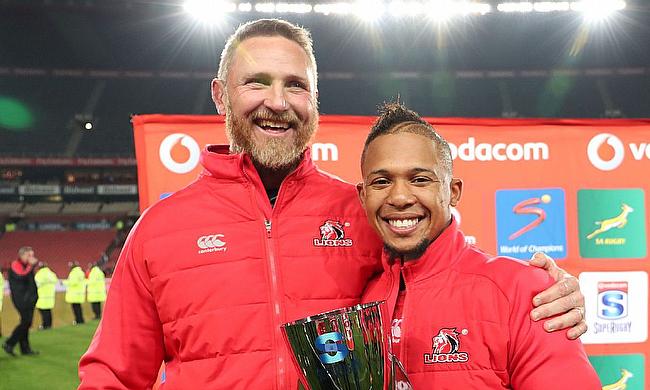 Lions head coach Johan Ackermann is upbeat about leading his team to the second Super Rugby final in successive years when they meet Crusaders on Saturday.

Lions, who dominated the African Conference in 2016, defeated Crusaders in the quarter-final and Highlanders in the semi-final to lock horns with Hurricanes in the final. However, they were made to wait for their first title as the New Zealand regional team went on to register 20-3 victory.

When the 47-year-old was representing Sharks as a player in 2007, his team was edged out by Bulls 19-20 in the final after Bryan Habana crossed over in the added minutes, denying Ackermann from lifting the title in his long career.

However, he has a chance to sign off from the Southern Hemisphere competition with a title victory as a coach before his move to Gloucester when his team meets seven time champions Crusaders in the final of the ongoing season.

“This was always my dream, when I made the decision about Gloucester, that we can play at home and I can walk away and see a full Ellis Park. I know you can’t ask for more than that, the result will test the emotions but for me to see 60 000 people here will be the ultimate,” Ackermann said on Saturday.

“I have been thinking for the entire day about the game, and I know its different for the players. But every time I wish them well I know time is getting less and it is very special for me. I think back to 2013, 14 and 15 and there are a lot of people to thank. My whole medical staff, my management, the people behind the scenes, the people who cut the grass, the administrative personnel.

“All these things are memories that I think about when I drive out of here. I know we’re not holy, but we have to honour the Lord for what he did for us, the path we’ve walked and every player’s contribution, every one that came here and went away. Those emotions go through my head a lot, and the biggest thing is my family that walked the path with me – through the highs and the lows. They’ve lived the emotions with me. Now we have one game left and I can just sit back and take it in, appreciate it.

“It is a big day. It is a privilege to play in a final, even more to play at home and I hope that 10 years after I experienced the disappointment of a final that that we will walk away from this as winners.”

In the semi-final against Hurricanes, Lions were reeling at 3-22 but they showed strong character to bounce back and win the encounter with a margin of 44-29.

Reflecting on his journey, Ackermann said: “Amazing, grateful and still unreal. And the reason it is still unreal is that this is what I always hoped for, to finish in front of our own fans, and on our own field. I’m so humbled. This journey was so special these last few years with a special group of men and they proved it today. I just want to thank the players, thank my management and thank the Lord for blessing us through this whole journey. It is just amazing, the supporters lifted the guys when the tries came, and we could feel the energy. It was just an amazing day".