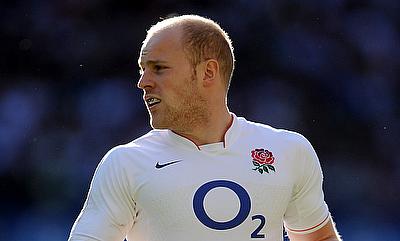 Great Britain Sevens have announced a squad of 25 players for a training camp ahead of the Rio Olympics 2016.

The list contains as many as 11 players from England Sevens, four from Scotland Sevens and three from Wales Sevens and Wasps scrum-half Joe Simpson remains the only England Test player in it.

Simpson's only England appearance came in the 2011 World Cup, where he was drafted into the side to replace the injured Danny Care.

Apart from Simpson, the squad also contains Wales centre Cory Allen and Scotland centre Mark Bennett and the duo have a rich experience in this format having represented their respective countries at the 2014 Commonwealth Games and also the Sevens World Series.

Head coach Simon Amor confirmed that the squad will converge on 30th May and will undergo a seven-week intense training programme.

"We have watched a significant amount of footage throughout the season of 15-a-side players and every sevens game from England, Scotland and Wales," said head coach Amor.

"Exciting talent was available to us and competition for places was tough. "We're now really looking forward to bringing this group together as one team and creating an incredible Great Britain spirit.

"One of the main strengths of the players who have been named is their aggressive style of play in both attack and defence.

"Looking at how the games are won at the top level at the moment, it is very much about that physicality, teams who are fearless in the way they play.

"For the 15s players aiming to make that transition, recent sevens experience at the top level was important given how much the world of sevens rugby has progressed in the last three to four years.

"We were also targeting players in certain key positions to add strength in depth and complement the qualities of the specialists we already have."

The final squad of GB Sevens will contain 12 players which will be announced on 19th July at the completion of the training programme.