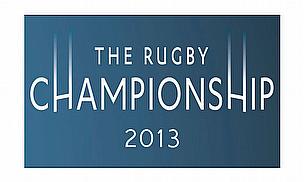 The All Blacks picked up a bonus point thanks to Ben Smith's late try and that gives them a huge advantage ahead of the final game against South Africa at Ellis Park.

It means that the Springboks need to score four tries in that match and win convinvingly if they are to win the title, something that looks unlikely given current form and the way the competition has gone so far.

However, Ellis Park is a difficult place to play but when South Africa couldn't put four tries past Australia, can they really break New Zealand's line four times?

This weekend, though, the Springboks were too strong for the Wallabies. Early tries and solid kicking laid the foundations for their victory but they will rue being unable to grab the bonus point.

Australia's lack of strength in depth was ruthlessly exposed. Few outside of Australia would have heard of try-scorer Chris Feauai-Sautia.

The All Blacks were not at their best but still ran out 33-15 victors over Argentina. Moments of individual skill got them over the line as they were in the main frustrated by damp conditions and a battling performance frmo the home side.

Argentina can count themselves unlucky to have lost by the margin they did given the number of penalties they were awarded, and they constantly pressured the All Blacks at the breakdown and at the scrum.

Smith's vital second try spared a few blushes and gives them the cushion which should see them retain the Championship even if they lose to South Africa.

"The games in The Rugby Championship Round 6 will decide which team wins the title and which teams wins the wooden spoon," Scott Donaldson, Talking Rugby Union's New Zealand rugby correspondent, says.

"It has been a two horse race for a while, but these upcoming matches couldn't be more evenly poised.  Teams in second and fourth position host the top and third ranked team which will be a leveller."