The Rugby Championship Round 2 Review - Who Will Beat The All Blacks? 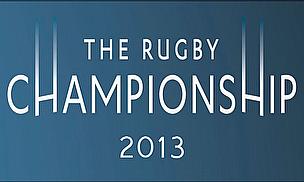 The Rugby Championship Round 2 Review - Who Will Beat The All Blacks?

After another action packed round of rugby in the 2013 Rugby Championship, it is the All Blacks and Springboks who sit at the top of the table.

Like round one last week, New Zealand played Australia and South Africa, Argentina. Although the final results were the same, both the All Blacks and Springboks had to work much harder for their victories.

The turnaround in Argentina was immense, as a determined, fiery home side pushed the visitors all the way, before finally going down 22-17. The Pumas were much more impressive this week; however, this may be short lived, as it could be as close as they get to a win this season, with the South African side travelling on the back of such a crushing victory in round one.

The round’s second game was also much closer than week one, with the All Blacks coming out as eventual victors 27-16 over Australia. New Zealand did, however, show a lot of ill-discipline and were perhaps a bit lucky not to lose anyone to the bin. For a large part of the first half the Wallabies did threaten, opening up the All Blacks defence on several occasions, only withheld by desperate scramble defence.

After weathering the Australian storm with impressive defence, the All Blacks’ attacking play stepped up, running in two trys. Though the result was a negative one, there were a lot of positives for Australia to take from the game, most notably, their loose forward play, and Israel Folau’s try a deserved consolation.

In SuperBru, the majority of punters with correct, predicting wins for the All Blacks and Springboks, although the matches were much closer than expected. Damage still has the lead, while most people got the Grand Slam Point, which wasn’t difficult to get.

After the first two rounds, it looks like the Springboks are the only team capable of beating New Zealand, but they will have to constantly maintain their focus, unlike they did against the Pumas. Next week we will really be able to assess Australia’s form; whether the two losses were results of their own poor rugby, or All Black excellence, as they face South Africa in Brisbane.

Who will beat the All Blacks?