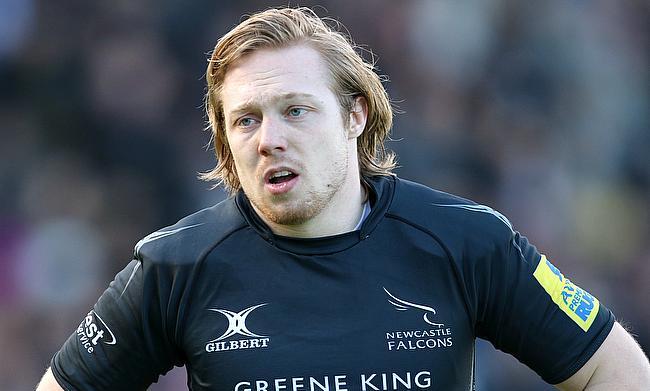 Joe Harvey brings you his review from the opening weekend of Heineken Champions Cup action including wins for Gloucester, Saracens and Newcastle Falcons.

Well, what a game this was on Friday night. Leinster set out their stall as the current European champions with a resounding victory over a very strong Wasps team in Dublin.

The champions were in the ascendency early on with a try from Sean Cronin in the fifth minute. The hooker’s score was converted by the well-rested Johnny Sexton.

Wasps scored their only points of the game in the 10th minute with a Lima Sopoaga penalty. Sopoaga would spend some time in the sinbin too. Just after the All Black was yellow-carded, Leinster scrum-half Luke McGrath had his try converted by Sexton.

Magical. Out of this world. Stunning.@leinsterrugby are playing a different brand of rugby!

Can we just appreciate what Johnny Sexton does here?! ?? pic.twitter.com/jzJFU7R7jU

It was in the second half that the game really sprung into life. James Lowe scored within a minute of the restart and Luke McGrath was at it again soon after as he scored another try.

The next try was undoubtedly the score of the game. Sexton passing the ball through his legs for James Lowe to break the Wasps defence to score was the highlight of the evening.

There would still be three tries from there as Jordan Larmour, Robbie Henshaw and Jack McGrath all got scores of their own to condemn Wasps to a heavy defeat on the road.

This game was just frightening. The current European champions look better than they did when winning the tournament just five months ago. They are still the favourites and will enjoy the game against Toulouse this weekend.

Freddie Burns will be in a hurry to forget this game after a disappointing day at the office for the former England man. He started the game well with a penalty just two minutes in, but he ended the game in a different fashion.

Bath were put under the cosh after Burns’ penalty and Maxime Medard scored a try that would be converted by his fullback Thomas Ramos. Bath did retake the lead with a lung busting Jamie Roberts try that Burns converted.

The Frenchmen hit back with a Sofiane Guitoune try that Ramos couldn’t convert on this occasion. Burns would miss a penalty soon after and he was also off target following Jerome Kaino’s yellow card for a high tackle that knocked out Roberts.

There was an early penalty in the second half for Burns, but the visitors hit back with a Ramos penalty following the sinbinning of Tom Ellis for a dangerous tackle. The final 20 minutes saw another Guitoune score converted by Ramos.

However, it was here the main talking points emerged. Burns cannoned a penalty off the uprights from in front of the goal posts. Then just moments late, he was over the line and just prior to placing the ball down, Medard hit Burns’ hand to prevent the fullback from scoring.

It was just one of those occasions that leaves you in disbelief. Just pure bad luck for Burns and brilliance from Medard as Toulouse edged the win.

Former Ulster favourite Ruan Pienaar lined up at fly-half for Montpellier in this game as the Top 14 runners-up gathered a win over Edinburgh.

It was the French side who started the game brightest. An early try from South African back Henry Immelman was converted by Pienaar, but was cancelled out after Stuart McInally’s try.

French international Benjamin Fall was next on the scoresheet for the hosts. The electric back got over the line for Pienaar to convert yet again. Pienaar was in action again soon after, converting the score of winger Gabriel N’Gandebe. It was Hickey who brought in halftime with a 40th minute penalty for the Scottish visitors.

The second half wasn’t as exhilarating. The highlights were a Jacques Du Plessis sinbinning prior to a Dougie Fife try, the conversion being missed by Jaco van der Walt.

Edinburgh had a golden opportunity to secure the victory on France, but Magnus Bradbury had a 70th-minute try disallowed for obstruction as Richard Cockerill’s side fell to a defeat.

It will be really interesting to see how Montpellier fare on their travels to Falcons this coming Sunday, as well as Edinburgh having the task of playing Toulon.

There was a lesser spotted draw at Sandy Park on Saturday as Munster came to the Chiefs and managed to get a result against one of England’s most consistent sides.

In the first half, Gareth Steenson and Joey Carberry traded penalties prior to Luke Cowan-Dickie’s try that allowed Steenson to add another two points to his tally for the day.

The equalising score wouldn’t come until the 63rd minute. British and Irish Lion CJ Stander powered over the line to allow Carberry to equalise the scores. This was one of those games where you couldn’t see much between the sides, so a draw was probably a fair result for both teams.

Another fairly low-scoring game that took place on the British Isles this weekend. Leigh Halfpenny scored a penalty within 10 minutes, but it was cancelled out at half time by Racing 92 flanker Baptiste Chouzenoux’s try that was converted by Scot, Finn Russell.

A single point was the difference, but they all count ??@racing92 managed a slender victory over @scarlets_rugby, what was the moment of the match?

There wouldn’t be another score until the 52nd minute. Gareth Davies scored a superb try proving why he is Wales’ number one scrum-half. The conversion was missed by Halfpenny and the full-back also failed to add the extras after Johnny McNicholl’s score, but Scarlets still had a healthy lead going into the final stages of the game.

Racing won the game after Gareth Davies was deemed to have collapsed a driving maul illegally. The scrum-half was sinbinned as a result of this, and Racing were handed a penalty try and a win on the road.

Like so many fixtures that took place this weekend, the first-half of this game was very low-scoring. Very, very low-scoring. The only highlights were from George Ford. The England star scored a penalty, was sinbinned and missed a drop goal in the opening 40.

The second half of the game was slightly more exciting. Tries from Alan O’Connor and Will Addison were converted by the reliable John Cooney. The former Leinster man even added a penalty prior to Irish favourite Jacob Stockdale’s try that Cooney also converted.

Leicester would register a score of their own in the second half, but a converted Manu Tuilagi try was the only thing for Tigers fans to cheer. Weather conditions played a huge part in this game, but Ulster’s game management was very astute throughout the contest.

The first half of this game wasn’t jam-packed with quality, but there were points for both teams. Two Cipriani kicks came either side of a Julien Dumora penalty, the Frenchman also scoring a drop goal in this half.

Gloucester did score a try in the first period though. Calum Braley raced through to extend Gloucester’s lead and Cipriani’s conversion helped with that nicely.

The second half was competitive too, Cipriani scored a penalty just prior to Martin Laveau’s try that Dumora couldn’t convert.

The final points of the game would come from the boot of Dumora as the French side fell to a Gloucester teams continuing to build with Cipriani at fly-half. Ben Morgan was named as the man of the match for Gloucester, leaving some asking for the number eight to gain an international recall.

This was very much the Gareth Anscombe show in Lyon as the Welsh international shone much brighter than opposition fly-half Lionel Beauxis, despite the Frenchmen scoring a penalty and converting Loann Goujon’s fourth minute try.

Blues would take the lead soon after though. Anscombe converted Olly Robinson’s score and scrum-half Tomos Williams’ effort just after 30 minutes. Beauxis would end the half with another two penalty scores to his name as the hosts ended the first period with a two-point lead.

Try of the season so far from Anscombe. Look at that gliding run before he opens the gap. #LYNvCBL #ChampionsCup pic.twitter.com/qZ0mclYUOW

Anscombe ended the game with a penalty. Easily the man of the match, it would seem that the New Zealand-born international is the front-runner to start for Wales in the 10 shirts for the autumn internationals.

Yet another low-scoring game, but this game could prove very significant for England with several of key men going off injured for Saracens in a brutal contest against Glasgow.

Michael Rhodes of Saracens scored the only try of the game in the 11th minute. Owen Farrell duly converted and got another three points from the boot in the 15th minute.

Glasgow would score their only three points through an Adam Hastings penalty. The scoring was actually over in the first half following Owen Farrell’s 38th minute penalty

There was only one other highlight in the game. Glasgow thought that they had scored and proceeded to celebrate, but in fact, play had been called up earlier. They just hadn’t realised.

As a result, Billy Vunipola and Maro Itoje celebrated with the Glasgow players, which caused a bit of a storm on social media.

Eddie Jones probably won’t be too thrilled with some of the things that went on in this game. Owen Farrell, Mako Vunipola, Jamie George, Nick Isiekwe, and Billy Vunipola were forced off with injury. It has since been confirmed that Billy Vunipola has broken his arm again and will miss 12 weeks. Other than that, it is unclear who will be fit for the Autumn internationals.

Well, this certainly came as a surprise. Struggling Falcons took a far from full-strength side to Toulon and won the game in dramatic fashion, thanks to fly-half Joel Hodgson.

With this said, Toulon started the brighter. A try in the first minute from Romain Taofifenua probably had many Falcons fans dreading the rest of the game. Francois Trinh-Duc converted the try and then scored a penalty to extend the Toulon advantage.

But, Falcons started to gain confidence. Hodgson slotted a penalty in the eighth minute, then 11 minutes later, Kyle Cooper rumbled over for Hodgson to convert again. The former Northampton man added another penalty soon after to give Newcastle the lead.

Will Skelton: 'We are not just playing out there for us - We are playing for our fans, families and friends'