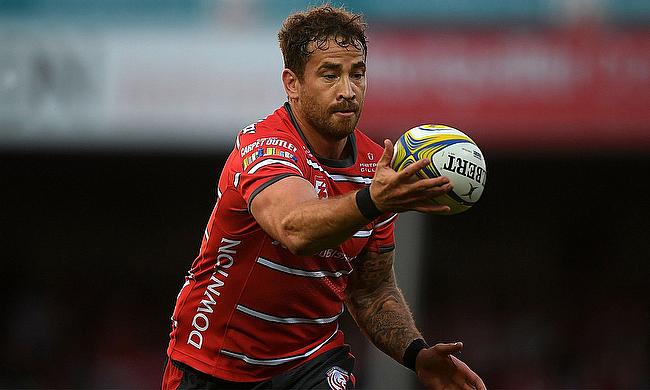 The return of the Heineken Champions Cup certainly delivered last weekend, with compelling matches across the board.

Joe Harvey now turns his attention to Round Two of this year's competition as he selects three games to look out for.

Despite not picking up a victory in the first round, Munster can take lots of positives from their draw at Exeter.

Always a better side when playing at Thomond Park, with Keith Earls, Joey Carberry and Mike Haley in the side, Munster will be looking forward to Gloucester’s visit.

Eddie Jones will be wishing for Johan Ackermann to wrap Ben Morgan up in cotton wool as the 29-year-old has been recently recalled to England duty and will be their most experienced number eight during the Autumn internationals.

On the flip side, there will be an aggrieved Danny Cipriani in this Gloucester team. Seemingly his nations starting fly-half after the final test in South Africa, Cipriani has been cast aside from international rugby once again.

?? VIDEO | Munster captain @PeterOM6 looks ahead to Gloucester's visit to Thomond Park in the Champions Cup on Saturday.

"Across the board it's going to be a massive game."

On their day, these two sides are capable of playing some of the best-looking club rugby in the northern hemisphere and Gloucester will be looking to build on their comfortable victory over Top 14 champions, Castres, last Sunday.

Also, it is a poignant weekend for Munster as two years ago on Tuesday marked the passing of Axel Foley.

The Munster and Ireland legends’ passing gave the players a motivation that they wouldn’t have expected in their career two years ago and you could almost expect the same coming into this fixture.

With the game being shown on Channel 4, everyone can enjoy what promises to be an exciting encounter.

With Falcons pulling off the result of the first round in Toulon last week, all eyes will be on Kingston Park to see if they can pull off the same feat on Sunday.

Montpellier enjoyed a victory over Edinburgh, despite having depleted numbers due to injury.

With Ruan Pienaar running out at fly-half for Montpellier, a more conservative approach from Vern Cotter’s side can be expected. Also, without star players Nemani Nadolo and Aaron Cruden, it seems that Montpellier have a distinct lack of firepower coming into this game.

Falcons do have injuries also and like Ben Morgan, Eddie Jones will be hoping that Mark Wilson doesn’t do himself a mischief in what will be a forward dominated game.

It is also unclear if Vereniki Goneva will be able to play after missing last weekend due to concussion.

Sinoti Sinoti was the man of the match in last weeks big win and the Samoan will be expecting to have a similar performance at Kingston Park.

Sami Mavinga has been magnificent for Newcastle all season, so the Falcons will be reliant on the Frenchman to nullify the Montpellier threat at the scrum.

You can tune in to watch this game on BT Sport. It will be interesting to see if Falcons can pull off another surprise victory to continue an excellent return to top-flight European rugby after 14 years.

Cardiff played the best rugby out of all the British sides last weekend. Gareth Anscombe performed a starring role for the current Challenge Cup champions, tearing Lyon to shreds with relative ease at fullback.

Glasgow, in comparison, had a fairly bad performance against Saracens. In what was a narrow loss, the Warriors pack couldn’t assert any dominance over their opposition last weekend. It will probably be a more even game for Glasgow up front as the Blues will aim to match them all the way.

Adam Hastings had a subdued game against the English champions last weekend and is yet to prove himself on the European stage for Glasgow, and up against proven performer Anscombe, there are intriguing match ups across the park.

Samu Manoa made an appearance off the bench last weekend in Lyon, so he may be fit to start this game for Blues, adding some much-needed bite in the pack against Warriors’ Scottish internationals.

Josh Navidi is unfortunately injured for Cardiff, leaving a big hole in the backrow for both Wales and Blues.

Glasgow arguably have the majority of the star power in their team, with plenty of their players in Gregor Townsend’s Scotland team for the Autumn internationals.

The sides haven’t met thus far in the Pro 14, so there is no previous form to suggest what will happen in this fixture.

Cardiff seem to play much better in Europe and they don’t looked affected after Danny Wilson’s departure to Scotland. As for Glasgow, they look to be struggling against top quality opposition following the departure of Finn Russell and the injury to Stuart Hogg, but the Warriors will want to kick start their European journey this weekend.

Saturday – Castres vs Exeter, Munster vs Gloucester, Wasps vs Bath, Edinburgh vs Toulon, Racing 92 vs Ulster, Saracens vs Lyon.