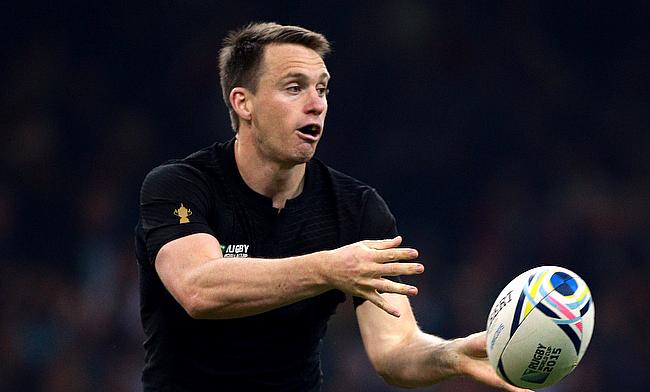 The All Blacks continued their impressive run as they came up with an 11-try performance to trounce Namibia 71-9 in their Pool B encounter at Tokyo Stadium on Sunday.

New Zealand were clear favourites entering the game and they did no harm to their reputation post the half-hour mark where they amassed nine out of the 11 tries that has now taken them to the top of Pool B with Namibia languishing at the bottom. Though, Steve Hansen will be concerned about the availability of Nepo Laulala and Ofa Tu’ungafasi for their next game with both sin-binned for dangerous tackles.

The first points of the game came in the third minute when Damian Stevens kicked a penalty goal but three minutes later the All Blacks claimed the lead with Sevu Reece crossing over after collecting a kick from Jordie Barrett. By the 21st minute New Zealand doubled their tally with Anton Lienert-Brown crossing the whitewash as he sped past the Namibian defenders.

The Namibians did not relent under pressure and clawed their way back into the game with back to back penalties from Stevens reducing the gap down to one point and their chances brightened when Laulala was yellow-carded for a high-tackle on Lesley Klim. However, Namibia failed to capitalise on the advantage and instead conceded two tries through Angus Ta'avao-Matau and Ben Smith as the teams headed into the break with a 24-9 scoreline.

The All Blacks took control of the game with Joe Moody touching down in the 43rd minute and from there there was no looking back as Lienert-Brown (47'), Sevu Rece (52'), Sam Whitelock (57') all crossed over and Jordie Barrett featuring at fly-half for the first time kicked all the four conversions to take the scoreline 52-9.

Smith went on to score his second try in the 68th minute after gathering a pass from Lienert-Brown and despite Tu'ungafasi yellow-carded in the 73rd minute, Hansen's men scored two more tries with both Jordie and TJ Perenara going over the line to complete a massive 71-9 win.