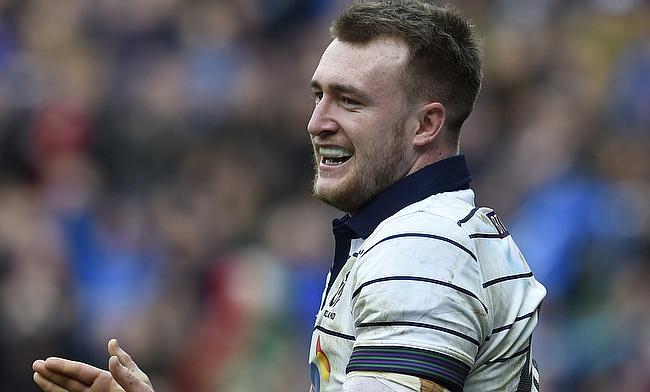 Scotland have never won a Six Nations. This is no new fact, the Five Nations champions from 1999 a distant memory and in the years that have followed, the highest the team have finished is third and four Wooden Spoons have found their way to Edinburgh.

Now in 2022, there is a belief surrounding Gregor Townsend’s squad that this current crop of Scotland internationals could be the team to lift the trophy. Eight Scots were selected to represent the British and Irish Lions over the summer, their efforts the Six Nations prior more than warranting of that recognition.

Townsend served on the tour of South Africa as attack coach, unleashing Ali Price, Stuart Hogg and Ali Price in the Test side in the hopes of undoing the world champions. That wasn’t meant to be, but now Townsend, defence coach Steve Tandy and the players involved are all the better for the experience.

Just last week, Townsend announced a 39-man squad for the upcoming championships, with five uncapped players amongst those selected. Having gathered in the Scottish capital at the start of this week, three players were absent, with Duhan van der Merwe and Kyle Rowe injured and Josh Bayliss absent as a result of concussion.

Starting this year’s edition of the Six Nations off with a Calcutta Cup clash on home soil, beating Eddie Jones’ England would go a long way to kick-start a campaign. Having won the contest on three of the last five occasions, it is more than fair to say that the ball is very much in Scotland’s court.

Arguably the most competitive they ever had been last year, Townsend’s team beat England, Italy and France. If it wasn’t for Zander Fagerson’s red card in their 24-25 loss at the hands of Wales, then a second-place finish could well and truly have been on the cards.

?? Head Coach Gregor Townsend and Captain @StuartWHOGG_ spoke to the media at this morning’s @SixNationsRugby launch.

Keep an eye on our channels throughout the day for more from the event.#AsOne pic.twitter.com/9x3upZzUDy

Interestingly, Scotland have never won more than three games in any one tournament and given how close they have come, there is every chance that is a record to be broken in 2022. But, as far as records go, Townsend believes that statistics like that are no longer on players’ minds after several years of building.

“Every game is its own 80-minute story, and I don’t think players are thinking, going into the Wales game last year, that three games is a barrier,” Townsend said.

“We have got to take on what is in front of us and adapt to anything that changes. Might be things that don’t work for us, might be different circumstances, like in the Wales game with the red card (Zander Fagerson).

“Ultimately you have got to deliver as good a performance as you can and the most challenging tournament we are involved in and do that over five games.

“Anything like history or records don’t come into the players’ minds and the last 12 months has probably put those historical records to bed, especially our away performances.

“So, it shouldn’t come into their minds in the build-up to a game and less chat about it when we go to Twickenham or Paris or Wales next.”

In the Autumn Nations Series, Scotland ran riot against Tonga, narrowly overcame Australia, lost to South Africa and beat Japan. It was a hugely successful campaign for the side, backing up their Six Nations victories over England and France – in particular – some months prior.

??"I couldn’t really contain myself. It was just incredible. One of the best feelings of my life..."@AndyChristie43's Wednesday was certainly one to remember. He spoke to TRU about @Scotlandteam, @Saracens and more ??????????????

It was nearly four years ago that Scotland’s true return to form happened. Dismantling England at Murrayfield in 2018, a year later the team rallied to draw 38-38 in London. In 2020 the Calcutta Cup changed hands, briefly, before a gritty 11-6 win at Twickenham saw the trophy make its way back across the border.

Perhaps on par with their successes against England is their smash-and-grab victory over France last March. A rearranged game following a Covid-19 outbreak in the French camp. A win for Fabien Galthie’s side in Paris could have resulted in a first championship since 2010, Scotland spoiling Gallic celebrations with a late Duhan van der Merwe try.

Having been a man down, after Finn Russel’s red card in the closing stages, France had no response for what the Scots sent their way. Scotland captain, Stuart Hogg, believes that prior achievements can only be replicated through the same processes as before.

“I think for us, we look back on those games and see what really worked for us,” Hogg said. “We done the simple things well in both games against England.

“We defended well, we kicked well, against France we showed our attacking side of the game, and as Gregor touched on, no game is the same.

“We can look back and take little bits from it. Is it going to make us win a week on Saturday? Probably not.

“We need to work incredibly hard, to be ourselves to make sure we are in this game for 80 minutes, win as many moments as we possibly can within the game.

“But we can take a little bit of confidence that can play and win against the best teams. And we get excited for that challenge.”