‘We are not here to just make up the numbers’ - Landry 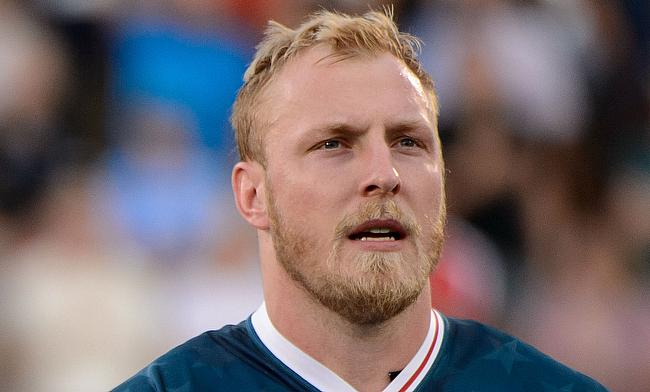 Ben Landry has made 21 appearances for the USA
©Linda Brothers

Ben Landry talked to Joe Harvey about the USA’s preparations for the Rugby World Cup, how Major League Rugby has helped the squad and his time in the Championship with Ealing.

The USA’s preparation for the Rugby World Cup has been based around the Pacific Nations Cup and two opening victories against Canada and Samoa was the ideal start for Gary Gold’s side.

Their final game was against Japan, the only other team that could win the competition. Losing 34-20 in Suva, the USA finished third overall. Regardless, USA’s Ben Landry believes that the Eagles are well prepared for a World Cup campaign.

“Having these games leading up to the World Cup, allows us to try out a lot of different combinations with player personnel. I think this has been a huge step forward for the World Cup.”

Having played club rugby in the USA until 2016, Landry represented the Denver Stampede in America’s first attempt at professional rugby, PRO Rugby, making his international debut in the same year, but he then took a break from the sport to pursue playing in the National Football League.

Trialling with several NFL franchises, the lock went into a preseason camp with the Seattle Seahawks. Saying that his stint in the NFL was a lot of fun, Landry made his way back to rugby in 2017, slotting straight into the USA set up and remaining a mainstay ever since.

In 2018, Landry was offered another opportunity to play professional rugby. Again, representing a Denver side, Landry was an integral figure in the Denver Raptors Major League Rugby campaign, reaching the championship game in the inaugural season. Landry believes that MLR has changed the USA national side for the better.

“Four, five years ago, people would have to wake up at 6am to lift weights, before their nine to five job and then go to rugby practice in the afternoon,” Landry said. “When half your team is made up of part time players it makes it hard to come together for such a long period of time.

“We are now going on to seven weeks in camp and it is a big adjustment. Not only for fitness levels and rugby skill, but a lot of people were used to playing rugby every day, all day. Now, with the MLR here, everybody here plays full-time professionally, it’s fantastic.”

Having been professional for two years, Landry is testament to playing full-time: “A few years ago, I was one of those guys,” he said. “I moved to Seattle to play with a club rugby team, the Seattle Saracens, I worked out in the morning at the gym with the boys and then went to my job.

“I would get called up to some USA camps and I remember how hard the USA camps were. There was an adjustment period where you wake up, go to training, then you lift, then you go to film sessions and then more training.

COMPETITION: Simply retweet this and follow us, and you could win a signed copy of 'Ealing Trailfinders Times' by Ben Landry!

“It’s a huge shock to your system when you go from not doing that at all, to doing it full-time for however many number of weeks that camp is and to have a couple of years of professional rugby under my belt really helps.”

Joining Ealing after his Major League exploits, Landry became a mainstay for the Championship outfit, playing nearly every game for the side as they finished in second place to London Irish. Having departed this summer, Landry says that he enjoyed his time playing in the second tier.

“It was an awesome season last year,” he added. “The Championship was really, really fun rugby. I loved the rugby out there; hard, physical, which is exactly what I’m into and had a great time. London was awesome.

“I got a lot of really good game time, both at flanker and second row, so I was really happy about that experience and I think my game improved massively while being over there. I really learnt a lot and Ealing is such an professional outfit.

A special guest dropped by Zoomie Men's Rugby pitch today. We had the honor and privilege to welcome @USARugby Eagles Head Coach Gary Gold @GaryGoldrugbyiq and Eagles Team Manager Chris Hanson. Thanks for the visit and the words to the Blue and Silver of @ZoomieRugby! pic.twitter.com/QoAKRFMeCb

“They evaluated my game on every level. From watching film with the coaches, running better lines on attack and defensive alignment has really, really improved for me. So, I’m very happy.”

Being coached by Gary Gold since 2018, the USA national side has seen their results improve, winning the Americas Rugby Championship in 2018 and placing third this year. Having also led the nation to their first win over a tier one nation [Scotland], Landry believes that his coach has done lots for the side both on and off the field.

“Gary Gold has been massive for what we’ve been doing lately. Not only from his rugby knowledge and what he brings to the team but building the team culture and shifting the culture to an attitude of; we’re going to win games.

“We talk about it a lot and we’re really confident that we’re not here to just make up the numbers. I think a lot of times in the past, we weren’t expected to be in any of these close games and now we’re winning games and I think we have some high expectations as a player group to go out and shock the world.”