We are ready to get this thing off the ground - Smith 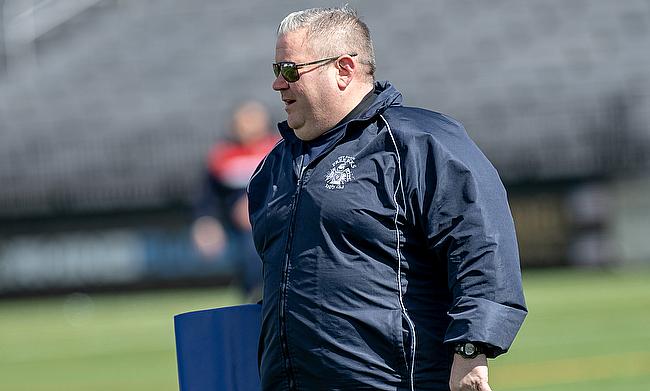 After speaking to the New England Free Jacks CEO, Alex Magleby, Joe Harvey also chatted to the side’s Head Coach, Josh Smith, about their preparations for their inaugural season in Major League Rugby, as well as what he hopes to achieve.

Smith is a stalwart of rugby in the New England area, after leading one of Massachusetts’ biggest clubs, Mystic River, for several years. In addition to this, Smith is also the coach of the Northeast 7s Olympic Development Academy.

All these credentials clearly made Smith the right man to lead the Free Jacks. With an intimate knowledge of rugby in New England, Smith recruited players from the area for their Cara Cup campaign, a competition where the Free Jacks faced off with ‘A’ sides from the Irish provinces, and he has appointed coaches who also know New England well.

The Major League Rugby season can't come quick enough for Alex Magleby and the former USA international is excited for his new side @NEFreeJacks??????https://t.co/tVrU9qFtgz pic.twitter.com/LaorT8XQkF

“As far as the lay of the land in the north-east, I know it pretty well. The staff is very much formed of local talent and it will be quite a tough environment when we add a couple of pros and get them acclimated to the setup in the north-east.”

Having flown under the radar for much of the offseason, the Free Jacks squad announcement was welcome news for fans of the side who have seemingly recruited well. Bringing in the likes of former Leinster hooker Sean McNulty, ex-Connacht flyhalf Tadhg Leader and Canadian international Josh Larsen, the Free Jacks have the capability to be one of the surprise teams next season.

“We’ll lean on Tadhg, Josh is a great addition and we have invested quite heavily in some players from the Mitre 10 in some key positions that we wanted to upgrade from last year. We’ll go from a pretty inexperienced squad last season, to what will be a veteran squad when we get started.”

Having played in the Cara Cup, Smith believes that he and the players learnt a lot from their exploits: “We call this last season, season zero. The goal for season zero was that it was as much about wins and losses as it was getting the management set up, the staff set up, understanding what it is like to get through 16 games next season and we had four great clubs to learn from.

“We really took advantage of their management, their players, their coaches and we learnt a lot from the Cara Cup. It was a really great experience for us. I feel like for us, going into 2020, we had already failed a bit with some of the stuff that we did this season and we will be better for it moving forward.”

Failing to win any of their four Cara Cup games, the took plenty of positives off the field. Trialling several different venues that the side were looking at to host all of their home games in their first MLR season, the Free Jacks received plenty of support from a host of new fans, something that Smith says they were hoping to do.

“The numbers were pretty good. The weather for a couple of the games was tough, but we were pretty happy with the results. The whole process was definitely testing for our management, players, the venues and the community’s support.”

A New England local, Smith knows full well what sports sides in the area must do to succeed. Most sports fans are aware of the New England Patriots and the dynasty that they are in the midst of, having won six Super Bowls in the last 17 years. Added to this, Boston is also the home of Major League Baseball franchise, the Red Sox. Winners of the World Series on nine occasions, Smith believes that the Free Jacks can add to an already rich sporting heritage in New England.

“I think Boston demands winners and franchises that are up to snuff. I know that we have a great ownership group and I think that we’ve built up in the right way. We didn’t jump into this thing too early, like I say, we’ve failed a bit already and I think that umbrella is there for us.

“I think you’ll see the Free Jacks in contention for a playoff spot in year one and as soon as year two, winning that shield.”