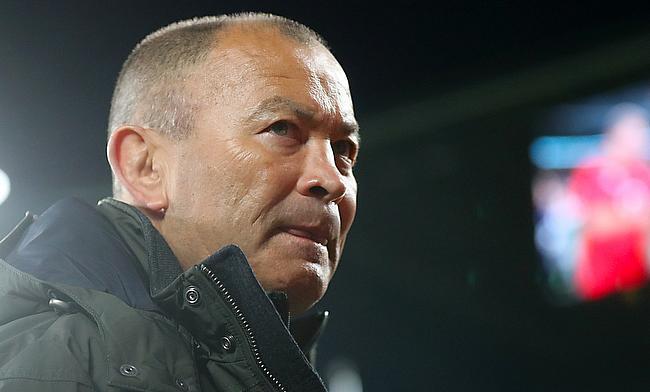 It has been just a matter of weeks since England won the 2020 Six Nations.

With England’s opening game of the 2021 season against Scotland now two weeks away, the Australian has selected his first squad of the tournament. Headline amongst the selections are uncapped duo Harry Randall from Bristol Bears and Wasps’ Paolo Odogwu.

For each, it is the first time that Eddie Jones has selected them for England duty, with Odogwu, 23, arguably the most surprising. Featuring sparingly in the 2019/20 season at Wasps, but following the restart last August, cemented his place in Lee Blackett’s plans and has grown with every opportunity given to him, whether it be on the wing or at outside centre.

Having scored six tries in his last seven games, Odogwu is also leads the Premiership in meters made, with 367, and has beaten more defenders than anyone else in the competition, with 12 of his opposite numbers beaten.

Like the Wasps man, Bristol’s Harry Randall is a former England U20 player who has grown exponentially thanks to receiving plenty of game time under Pat Lam. Joining Bristol in 2018 from Hartpury, the 23-year-old is also qualified for Wales, this selection by Jones putting any further talk of the scrum-half making his way over the Severn Bridge to play for Wayne Pivac.

“Both have got something a little bit different about them,” Eddie Jones said. “We have been watching Harry for a long time, or at least two seasons. He continues to develop his game and his running, his initiative in attack is the thing that has really caught the eye and I am really pleased with his development.

Paolo Odogwu and Harry Randall included in the core England squad and is their first selection for the national side.

Beno Obano the other uncapped name in the core squad named by Eddie Jones.

“Then Paolo is a guy that we saw at the end of last season. He has got power, a bit of X-Factor when it comes to power and we are looking for another centre or winger that has that and he has been consistently dynamic in that and able to break lines.”

Courtney Lawes is re-joining the international set-up after missing out on the Autumn games due to injury. Saracens’ Elliot Daly, Owen Farrell, Jamie George, Maro Itoje and Billy Vunipola are all included, with Mako Vunipola joining camp to undertake rehab during the tournament.

Bristol prop Kyle Sinckler is unable to join the squad at present following his two week ban for swearing at referee, Karl Dickson, opening the door to Will Stuart for a rare start at tighthead and Harry Williams another run at potentially playing regular international rugby.

As per England Rugby’s agreement between the RFU, RPA and Premiership Rugby, Jones will be able to retain a 28-player squad throughout the tournament in acknowledgement of the difficulties Covid-19 presents.

“We are so excited to have 28 players,” Jones said. “Normally we have 25 players, so we have got 28 players and it is a fantastic testament to the good relationship between the RFU and the clubs and we are delighted that the clubs are being so generous and giving us 28 players.

“Having said that, there are a lot of good players who have missed out. Last night, when I finished our coaching conference, at around 19:30, I had to ring about 30 players and tell them they weren’t in the squad and they were all disappointed. There is some very good players here, so it is tough, but we are delighted to have 28 players.”

Meeting at St. George’s Park in Staffordshire on Wednesday, England’s early tournament preparations have been affected by Covid-19. It was announced that Forwards Coach Matt Proudfoot tested positive for coronavirus earlier this week and as a result of this, Eddie Jones and Backs Coach, Simon Amor, have got to self-isolate and will miss the start of camp.

Added to this, assistant coach Jason Ryles and his family have chosen not to move to London for the duration of the Six Nations as a result of Covid-19. Ryles has been replaced by Jersey Reds coach, Ed Robinson, on an interim basis as the 27-year-old continues his coaching development.

Uncapped in the ‘shadow squad’ are Wasps’ Charlie Atkinson and Jacob Umaga, Leicesters’ George Martin and Joe Heyes, Saracens’ Ali Crossdale and Northampton’s Alex Mitchell. A key feature of this group of 12 is that they will be part of the same testing procedure as players in the main group and easier to bring into the group of 18 if needs be.

Leicester youngsters Joe Heyes and George Martin have been named in a 1?2?-man @EnglandRugby shadow squad, with the Tigers academy graduates subject to the same testing protocols as the tournament squad.

“We just make do with what we can and at the end of the day, you are only judged by your performance, so there is no use talking about things you can’t do or things you would like to do.

“We are going to worry about the things we can do and we are going to have 28 players who are going to be absolutely excited to play for England, have the opportunity of playing elite sport at this time, this difficult time.”