‘The Eddie Jones rollercoaster has been fascinating’ - Chuter 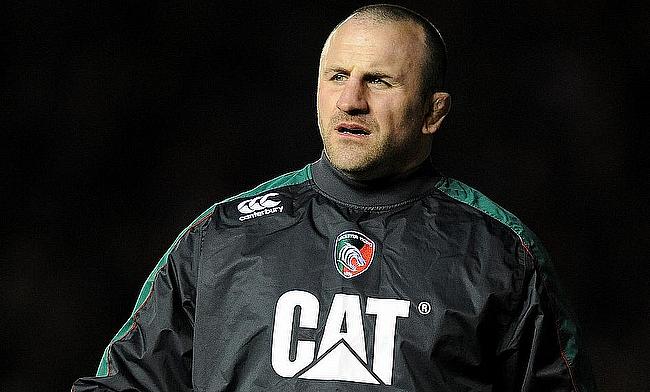 TRU Podcast - Rugby World Cup Final Preview
'I can’t think of anyone else who deserves to be there more than George'
‘This could bring people together again’ - Stransky
Josh Beaumont Column: Momentum shifters England have the tools to hurt Springboks

“I guess that we were just happy to be there in a way," Chuter says as he reflects on England’s last appearance in a Rugby World Cup final 12 years ago.

“It was very unexpected, especially after the way we had started and where we had been 12 to 18 months before that.

“We weren’t a very good team for that period, so to wind up and find ourselves in a World Cup final was quite odd and unusual. We hadn’t been like the 2003 team who were solely focused on that one event. We took every week as it came and just said ‘let’s go out there, give it a crack and see what happens’, for three or four weeks on the bounce and it went our way.”

In the 2007 Six Nations, England finished third overall and it was France that took the title ahead of their home World Cup.

However, England gained their revenge in the semi-final stages of the competition against the host nation with a narrow 14-9 win at the Stade de France.

?? Take a listen to our podcast previewing the @rugbyworldcup final that takes place tomorrow morning.

In the final, Chuter and his England teammates couldn’t overcome a South Africa side that had set their sights on a second World Cup win and the Springboks prevailed, beating Brian Ashton’s team 15-6 in Paris.

It’s not like things were too far out of reach either. Sale Sharks wing Mark Cueto had a try ruled out for having a foot in touch, diminishing any English hopes of winning a consecutive World Cup trophy.

“South Africa had been preparing for that game for four years,” said Chuter. “They were the number one team in the world and they were the best team in the tournament at the time. Our attitude at the time was the same as when we went into the quarter-finals and semi-finals; go out there, play the way we’re going to play.

“I’d probably be lying if I said we expected to win. I think guys thought we had the chance, it was a knock-out game, but when push came to shove, we knew South Africa were the better team. It was a cagey game, as most finals are, and if that Cueto try had been allowed and if Victor Matfield hadn’t come from nowhere to tackle Mat Tait, the game could have been different, and for the sake of rugby, the best team won on the night.”

Playing the majority of the second half against South Africa, Chuter retired from the game in 2014 after 14 years at powerhouses Leicester Tigers where we won multiple Premiership titles during his career. After finishing playing, Chuter has been coaching, having served as Director of Rugby at Hinckley Rugby Club until last season.

Having watched from afar for all of Eddie Jones’ tenure as England coach, Chuter says he is impressed by how the Australian has shaped this England side.

“I think that he has been fantastic,” he said. “The Eddie Jones rollercoaster has been fascinating to look at from the outside. He took over a team after the 2015 World Cup that was pretty low on morale and mentality.

“Straight away he had a massive impact and ended up going on an unbeaten run, winning 18 games, including that 3-0 whitewash in Australia. That was a hell of a start to a coaching career and I guess it would have always been difficult to keep that up. In the first two years he did everything that you can do in the game, bar win a World Cup.

“In fairness to Eddie Jones, he’s like marmite. Some people love him and some people don’t like him. He has always said to people that he was building towards a World Cup and to judge him on that. He’s stuck to his word and he’s got an England team now playing as well as any England team has ever played.”

Playing South Africa again on Saturday morning, this will be England’s third World Cup final this century, with Chuter believing that England’s performances against Australia and New Zealand making them favourites to take the Webb Ellis Trophy home.

“The performance against Australia, I thought, was absolutely fantastic and then they improved that by 10 per cent to beat the All Blacks and there’s not many England teams, including that 2003 team, that could actually go out and say ‘look, we’ve just dominated the All Blacks,’” Chuter added.

“They look steely and I think on the flipside of that, South Africa looked nervous and cagey against the Welsh in a pretty terrible gam. You couldn’t get two games more chalk and cheese than those two semi-finals, so I think that if South Africa come out playing anything like that then they’ve got no chance playing against England.”