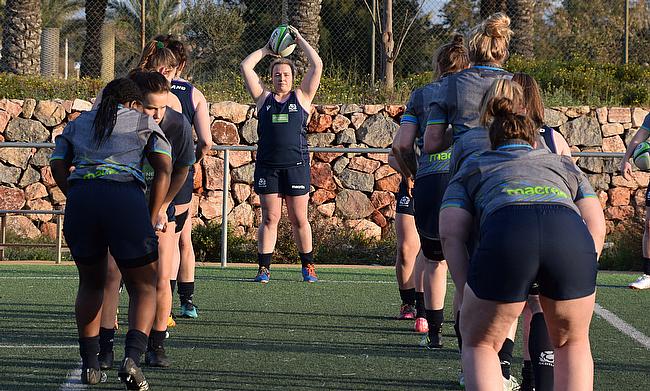 Caity Mattinson on why Worcester Women will be ‘unrecognisable’
‘Afterwards it felt like I had played in a World Series sevens event!’
Looseheadz x TRU Podcast - John Barclay
‘This is your Everest boys’: Duo taking on mental health charity challenge

When Molly Wright arrived in Scotland from New Zealand - via a stint in London to work within the NHS in early 2017- playing rugby again, let along winning an international cap, was the furthest thing from her mind.

Fast forward three-and-a-half years and Wright, who plays for Watsonians Women in Edinburgh, has three full Scotland caps under her belt and is fully focused on helping her team reach the 2021 World Cup in the country she grew up.

Of course, the current Covid-19 situation has put everything on hold in terms of rugby and, when it does return, Scotland face the prospect of a very busy schedule with the 2020 Six Nations potentially still to finish and then World Cup qualifiers to be arranged and played.

There is also the chance that the 2021 World Cup in the southern hemisphere, due to be played next September and October, could yet be pushed back, but all of that is out with Wright’s control.

And whatever happens in the coming weeks and months, having played for Otago and Christchurch when she was younger and with her family and friends still all back in New Zealand, Wright will be doing her best to make sure Scotland get to the showpiece event.

Happy birthday to @wwrugbyladies front-row Molly Wright, what a year she has had going from being a Sarah Beaney Cup winner to a Premiership winner with three @Scotlandteam under her belt - we are all proud of our Kilted Kiwi! #bleedmaroon pic.twitter.com/f04kN47Dke

“For me personally that is probably the only opportunity my folks would have to see me playing at the top level live rather than on a screen so it would be a very special moment for me,” the hooker told TRU about her World Cup dreams.

“I think my parents have probably got blue hearts now! My mum has never particularly been a big fan of rugby, but she is now Scotland’s biggest fan and my dad was very emotional when I got my first cap back in January [against Spain], they both got up in the middle of the night to watch it on the internet.

“The World Cup is where our team would like to be and it is what we were pushing for in terms of our overall performance - we will wait and see what we can do to get ourselves there.

“When I got to Dumfries in 2017 after London, I wasn’t even playing rugby at the time and I thought I’d hung up my boots.

“Then I moved to Edinburgh and after a few weeks, my flatmate was sick of seeing my face around the place and nudged me out the door in the direction of training at Watsonians - it was the best thing they could have done!

“So, if you had asked me three or four years ago would I have seen myself in the position I am in now as an international player I’d probably have said ‘no’, but it has been an opportunity that I have been very lucky to have and I have to keep putting in the hard work.”

The hard work that Wright - who followed up a try scoring debut as a replacement in the 36-12 win in Almeria against Spain with cameos off the bench against Ireland and England during the Six Nations - is currently putting in has to fit around her day job.

A physiotherapist by trade who normally works in a clinic, during the current climate she has been redeployed by the NHS.

“I have been moved to work in a rehab hospital,” she explained. People go into an acute hospital initially and if they can’t go home from there, they go into a rehab unit. My role in there is to get people stronger and fitter, if they need to learn to walk, we help facilitate that.

“It is nice to be able to chip in and help at this time, I still have structure in my days which I appreciate makes me quite lucky.

“The biggest change has been in training, so I do resistance training in the morning, go to work and then do my running training after that.”

“They have just absorbed me into their family”

Recently, Scotland skipper Rachel Malcolm explained why recent events - playing against England behind closed doors, an unidentified squad member contracting coronavirus which postponed the Italy match, the last two Six Nations matches being off and then lockdown – has made the squad become “closer than ever”.

And Wright has certainly benefitted with close connections within the group since she joined them midway through 2019/20.

“A big help has been my Scotland teammates,” she said. “They have just absorbed me into their family of a group, everyone is there for one another.

“It is not just the players I am getting support from, but the wider management team too and someone is always there for you.

“During this current time, we get a weekly phone call from the management from a health and wellbeing perspective and I also have my strength and conditioning programme to work on so it keeps me busy and focused.

“Whenever it is safe to get back training as a group, it will be great because we are a tight knit bunch.”