"If I'm lucky enough to make it, then it would be a great achievement" - Morath 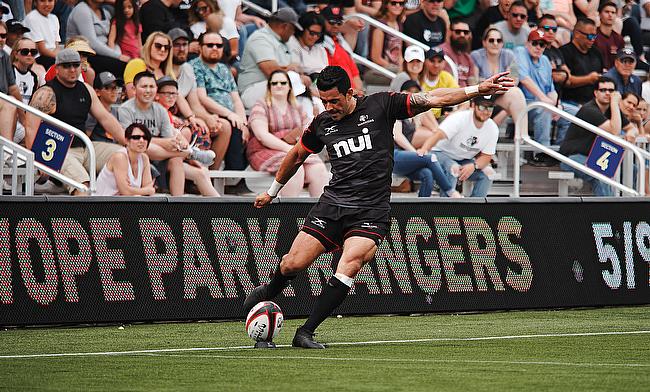 Boston the perfect fit for Leader as his MLR journey continues
Arnald: The project of establishing this rugby team in New York is very exciting
The sky's the limit for the MLR and new franchise Rugby United New York

After a stint in Major League Rugby, Kurt Morath says next year's World Cup is now in his thoughts as the Doncaster Knight aims to impress for Tonga in their upcoming internationals as TRU's Joe Harvey found out.

“I think the overall experience was quite different,” said Kurt Morath when reflecting on his time in Major League Rugby. “I think a lot of it came down to each team being independent, opposed to one entity running things.”

Morath is discussing his time with Utah Warriors after their inaugural season in the MLR, just two years after his first taste of professional rugby in the US with San Diego Breakers. With a new league structure, Morath guided the Warriors to the playoffs where they lost out to Glendale in the semi-finals.

“I think on the whole, the season was successful. Obviously, the goal was to win, but the group learnt a lot from the inaugural season,” said Morath. “For a lot of guys, it was their first taste of what professional rugby entails and I’m sure that will put the team in good stead for the upcoming season.

???? From all of us to all of you we say #THANKYOU for standing with us this season. We couldn’t have come this far without your continuous support. We look forward to seeing you all next season. #StandStrongStandAsOne pic.twitter.com/VkSLuDxTpn

“The teams involved were in areas that have a strong rugby community, which helped getting some decent crowds into games. It’s awesome to see new teams being added over the next few years, which shows the MLR is going to be around for a long time.”

In terms of Utah, perhaps their breakout star last season was a former NFL player, Paul Lasike. New Zealand-born Lasike was once a fullback for the Chicago Bears and only finished playing American Football as late as 2017. Now a hard-hitting centre, Lasike’s talents were noticed by Paul Gustard who brought the USA Eagle to Harlequins.

“I had a few chats with Paul [Laiske] before he headed there,” said Morath. “For him, heading there will only do good things for his rugby playing at that high a level, week-in week-out.”

While Lasike’s MLR performances earnt him a move to the Gallagher Premiership, Morath was recalled to the Tonga national side after a string of very good displays for Utah.

Morath is the record points scorer for his country, but he did step away from international rugby following the 2015 World Cup in England after a move to Japan.

“It’s always special playing for Tonga and it’s something you never take for granted. We have three tough games this November and with any tour, you want to win all the games. We did pretty well in June, so hopefully we can continue that momentum and play well.”

Now plying his trade in the Championship with Doncaster Knights, Morath and his teammates had a difficult start to the season after Director of Rugby Clive Griffiths suffered a heart attack. “It shocked everyone initially, but we’ve been lucky with the assistant coaches we’ve had.

“They’ve helped to keep the team on track in his absence. Thankfully, Clive’s recovering well and he’s never too far away from the action anyway!” chuckled Morath.

“It’s good getting regular rugby, which is one of the reasons I signed there. Hopefully, this will allow me to play well in these upcoming Autumn internationals too. I loved my time in the MLR, but with such a short season at the moment, it wasn’t going to give me the game time I needed.”

Morath does admit that making the next World Cup is a motivating factor. With a pool that contains England, USA, Argentina and France, Morath admits it could be a challenge: “I know we’ve got a tough pool, but as in previous results in the World Cup, anything is possible.”

Morath is referencing when Tonga stunned France at the 2011 World Cup in his native New Zealand. Winning 19-14, Morath kicked 14 points from the tee that day to write another page in Tonga’s history book.

“If I’m lucky enough to make it, then it would be a great achievement. There’s still a lot of rugby to be played before then, so I’m just taking it one day at a time.”

Tonga kick off their Autumn campaign this weekend against the French Barbarians in Bordeaux, before taking on Wales in Cardiff and finishing their year in Tbilisi against the Georgians.