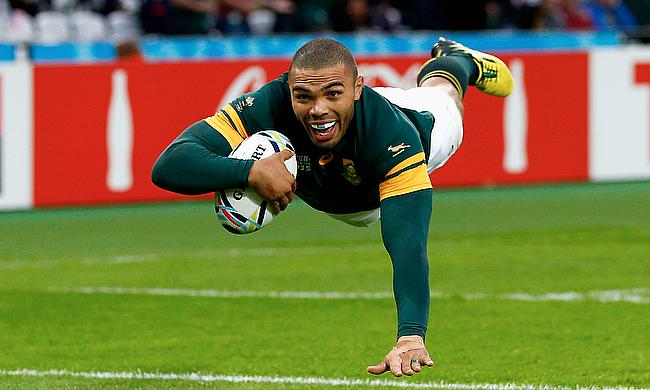 In Part Two of Talking Rugby Union’s interview, the Springbok legend talks about Super Rugby, The Rugby Championship, positive steps for South Africa and why Siya Kolisi is an inspiration.

Bryan Habana believes home advantage will be crucial in Saturday’s Super Rugby final between the Crusaders and the Lions.

The Springbok great feels the Lions will have a difficult job on their hands when they travel to New Zealand to face a Crusaders side gunning for back-to-back Super Rugby titles.

Last weekend, the Lions overcame the Warathas to reach their third consecutive final while the Crusaders made it 15 successive wins after brushing aside the Hurricanes.

It will be a repeat of the 2017 final where the Crusaders triumphed 25-17 in Johannesburg and despite the hosts failing to win on that occasion, Habana admits playing in Christchurch is a different proposition.

As we look ahead to the #SuperRugbyFinal this weekend here are some key players who have got the #Lions to their third consecutive Final.
Can they become the second South African team to lift the trophy?
#LetsUnite #CRUvLIO #Final80Minutes pic.twitter.com/qqurDkatJB

“The Lions had that advantage last year, but unfortunately, the Crusaders really showed their quality.

“I think the Lions have been the most consistent Super Rugby side over the last three or four years. Getting to their third final in a row will help them have the experience going into what will be a rather tough encounter against the Crusaders in Christchurch.

“It will be a tough task for the Lions, after what was a great win against the Waratahs, to travel down to Christchurch to try and win a game in an environment where not many South African sides have tasted success. I think the Sharks, a couple of years ago, were the only side to do that.

“I think that [their performances at home] is definitely a reason why the Crusaders are the most decorated Super Rugby side of all time in terms of trophies won and their achievements at this level.”

With the Lions hoping for South African success on the club stage this weekend, things on the international scene are much more positive for the Springboks after a 2-1 series win over England earlier in the summer.

Hands up if you're excited about a Series win over England. #LoveRugby pic.twitter.com/Hxa8gfwz2B

The Boks’ preparations for the 2019 World Cup continue this month with the Rugby Championship and Habana feels South Africa’s performance in the tournament will provide a good indication of where Rassie Erasmus’ side are at heading into next year.

“The last two years were rather disappointing,” Habana said. “We had some poor losses and some record losses which was very disappointing so I think there has been a lot more positivity from the England series in June.

“Under a new inspirational captain Siya Kolshi, we went on to win the series. The likes of Duane Vermeulen, Faf de Klerk and Wille le Roux who were part of that, all stepped up to the plate so that is really positive. Coming back from 24-3 down in that first Test to then go on and win it, showed some great fight.

“I know for Rassie and this team, the real marker will be the Rugby Championship.

“They won’t be focusing on anything else other than that first game against Argentina at home. Only when the competition is done and seeing how they have fared, will we see an indication of where this current Springboks side is at heading into a Rugby World Cup in Japan in 2019.”

The recently retired Habana is the Springboks’ record try scorer and the country’s second most-capped player, but also, he is very much an inspirational figure in South African sport post-apartheid.

He is more than aware of the barriers which players of colour have to overcome and the importance of Kolisi’s appointment as the Boks’ first black captain this summer is a moment Habana will always remember. 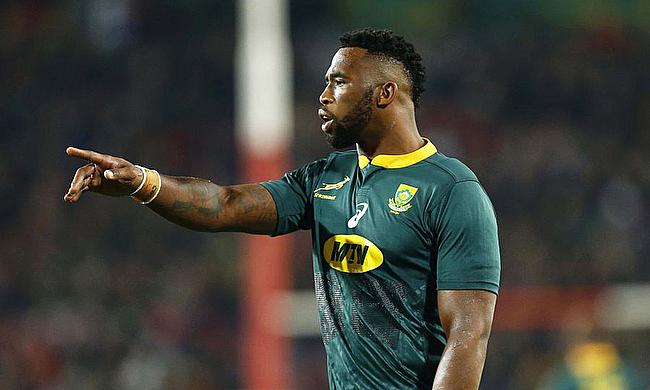 “He is massive [for the country]”, Habana added.

“That moment of him running out on to Ellis Park to become the first black player to captain the Springboks was an inspirational moment not only for black people, but for the game of rugby and for South Africa to show how far we have come since the general election back in 1994.

“On a personal level, it was an unbelievable achievement for Siya and hopefully he can continue this journey of growth.

“When you are captain of a South Africa side and it goes well, it makes it easier but when times become tough, that’s when it becomes a little bit more tedious.

“Siya has got a great head on his shoulders and he now has a massive responsibility, but I really believe he has got the skills to continue growing into this role and achieve success.”

Kolisi is set to be involved in the upcoming Rugby Championship as the Rassie Erasmus era looks to continue in a positive manner.

However, even though the Boks had an excellent summer against England, Habana feels there are still aspects to work on.

“I think the Springboks will be looking to improve on all areas of the game,” added Habana.

“We started all three Tests pretty poorly against England so they need to look at the start of games from a defensive point of view and it is something we have been poor at over the last two years.

“When we play the likes of New Zealand, Australia and Ireland, those are the things you need to get right.

“Also from a 9 or 10 decision making point of view, tactically, we need that to be right especially at a World Cup because I think they are pretty crucial, but a general step up in every aspect of play should be important.”