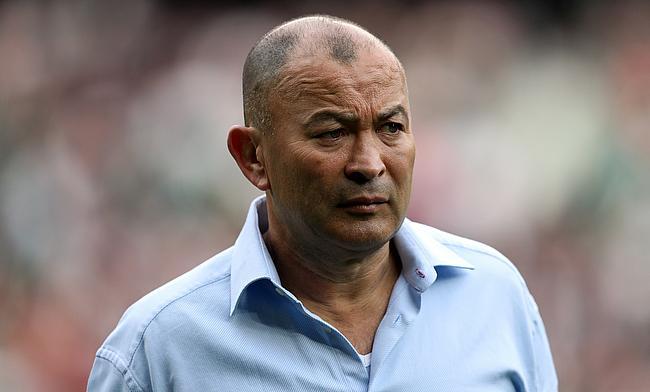 With the players from the four clubs involved in the Gallagher Premiership playoffs, Eddie Jones has selected 34 players to take part in a five-day training camp at the Lensbury next Monday.

Newcastle Falcons grab the headlines, with all five of their players selected by Jones all uncapped. In the forwards, Jamie Blamire, Callum Chick, Trevor Davison and Sean Robinson are all picked, whilst the inform Adam Radwan is picked on the wing.

Just several weeks ago now, Dave Walder discussed Jones not having been to Kingston Park for some time, but after a visit for last weekend’s victory over Worcester Warriors, the quintet have clearly made an impact, Davison’s story from Blaydon to a potential international cap the story of these selections.

Elsewhere, London Irish’s Ollie Hassell-Collins and Tom Parton add some excitement in the backs, as does the inclusion of Freddie Steward, Dan Kelly (both Leicester Tigers), Tom de Glanville and Max Ojomoh (both Bath) in the backs division.

Josh Bassett has also earnt himself the opportunity to impress at 29, the Wasps wing having scored nine tries this season. Joe Cokanasiga’s (Bath) return from injury also sees him back in the squad, Ollie Lawrence will hope to get more time in an England jersey, the Worcester centre having made his debut last autumn.

Northampton’s Fraser Dingwall and Alex Mitchell go back to England camp in the hopes of finally getting international caps.

With George Ford, Jonny May and Ben Youngs all given time off after a gruelling campaign, Jacob Umaga (Wasps) could be more than in with a shout at fly-half, his club teammate Dan Robson likely to get a run of games under his belt as a starter but will have stern competition from Bath’s Ben Spencer (Bath).

It is amongst the 19 forwards selected by Jones that the most experienced players reside. Each of Ellis Genge (Leicester), Sam Underhill and Charlie Ewels (both Bath) have over 20 caps for England and will no doubt form part of the leadership group for the tests against Scotland A, the USA and Canada.

There is a smattering of caps elsewhere, with Jack Singleton (Gloucester), Lewis Ludlam and Paul Hill (both Northampton) all recalled by Jones after resoundingly solid individual seasons. Ted Hill is back in the fold too, Worcester’s captain looking to add to the solitary cap he picked up in 2018 against Japan as a teenager, Beno Obano (Bath) and George Martin (Leicester) also looking to add to the caps they picked up in this year’s Six Nations.

With more players set to be announced on the 20th of June, Jones was visibly excited by this opportunity to mix up his squad as the two-year run in to the 2023 Rugby World Cup starts, with every game in these coming weeks an opportunity to keep the shirt before contending with the 12 players away with the British and Irish Lions when they return to camp.

“Then, who is in possession of the shirt at that time has got a great opportunity to keep going. We don’t control what happens with the Lions, we don’t know what is going to happen, but we do know there is a number of good players (with the Lions) and we expect them to come back, but if these guys can take their opportunity and keep growing, who knows what might happen?

“Curry (Tom) is an example. We had Chris Robshaw, who was an outstanding player for us, a good player, when Curry came in, Chris never got his spot back. So, there is those sorts of opportunities which are so exciting for us as a coaching team and as a national union to look and see where these young players can go.”

As has been so rightly highlighted in recent weeks, it was four years ago that some of England’s most important players were unearthed. The aforementioned Curry was one, his back-row colleagues Sam Underhill and Mark Wilson being two more.

It was also where Ewels got a bit more experience, as did Genge, Henry Slade and Cokanasiga. With the time in camp concentrated to a one month period, it is clear that those who make a shirt their own will have to make big impressions on Jones.

Much of this work will be done off the pitch and as Jones said last week; “You learn a lot about a player in four weeks, about their attitude, their ambition, their ability to be a good teammate, how much they want to grow as a player.”

With Eddie Jones announcing his @EnglandRugby squad on Thursday, TRU have taken a look at what the Australian might be looking to address this summer.

Who these players are is yet to be seen, but the likes of Miles Reid, Tom Willis, Adam Radwan and Tom de Glanville come into the camp with plenty of fans. Max Ojomoh is perhaps one of the biggest uncertainties in the squad, having largely been seen by Jones in an England U20 jersey, the 20-year-old having only made one Premiership appearance all season.

Each of Trevor Davison, Harry Wells and Josh Bassett will be considered as the late bloomers of the group, none of the three having gone down the conventional route to professional rugby. Less than ten years ago Davison was in Blaydon’s second XV, Wells represented Bedford Blues for three seasons, Bassett having done the same.

With their club commitments all concluding this weekend, Jones says that the players’ efforts on the training field will only tell one side of the story as to who will press on at test match level in the years to come.

“It is a bit like the cricket analogy; you can watch batsmen bet in the net,” Jones said. “They can look the best player in the world in the net, but then when they get in the centre and there is a bit of heat and they have got to find a way to be successful, that is when you find out about players.

“Tom (Curry), as I have said previously, we selected Ben (Curry) ahead of him, at that stage we were thinking Ben was the more promising player and then Tom came in and his first test was absolutely outstanding, same with Underhill.

“When they played well in their first couple of tests, you have got a pretty good indication they are going to be good test players. Some players need more time, but the players who adapt really quickly and make their mark, you are a little but more assured that they are going to have successful test careers.”