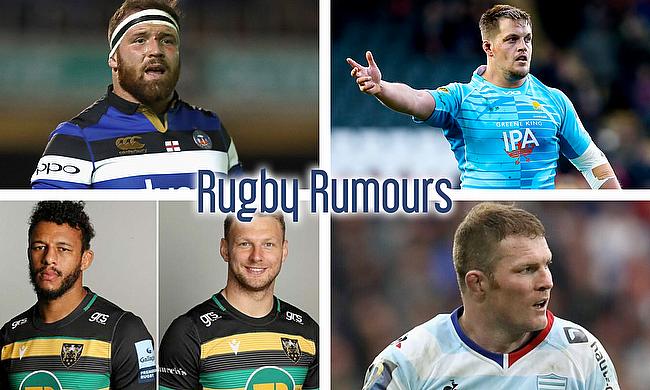 Former England international Henry Thomas was recently let go from his contract at Bath Rugby, after over 100 appearances for the West Country Club.

The front rower is reportedly in advanced talks with Champions Cup runners up La Rochelle, after falling down the pecking order at the Rec.

Worcester Warriors let go of 20 players from their senior squad, one of which is 29 year-old tighthead prop Nick Schonert.

Rumours have it that the South African born front-rower will be taking his rugby playing career up North with top 4 club, Sale Sharks.

Toulouse were looking to cherry pick from the English Premiership, and they had Northampton Saints' A-listers in their sights.

Not holding back with their choices, going for seasoned internationals Courtney Lawes and Dan Biggar... time will tell if these go through!

Racing 92 veteran second row Donnacha Ryan is reportedly looking to put an to end his playing career and move into coaching.

It turns out his former international teammate Ronan O'Gara is on the hunt for Ryan to join his coaching staff at Top14's Stade Rochelais.