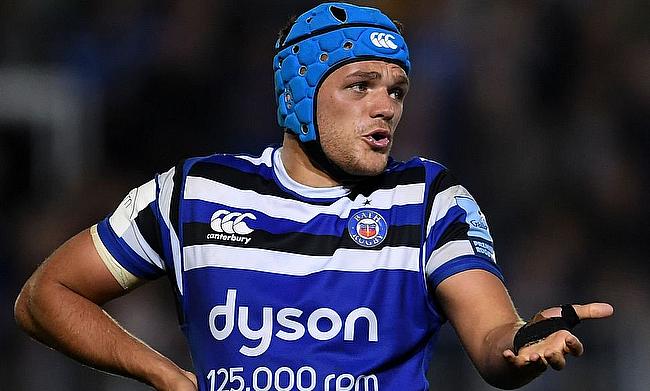 Zach Mercer has been awarded Gallagher Premiership Rugby Player of the Month for April.

Mercer’s performances against Leicester Tigers and Wasps in the Premiership as well as the knockout games in Europe earned him acclaim from the judges and BT Sport pundit and Gallagher ambassador Ugo Monye.

Monye said: “Zach’s contributions have sparked Bath Rugby’s recent success, getting to a Challenge Cup semi-final and the impressive domestic run they have been on. To stand out in a team full of quality players is a tough feat but he’s been able to do that consistently.

“His attacking game is extraordinary and the quality of his output is so consistent. He’s a great offloader, he’s dynamic through contact - he’s just class and he is playing some of the best rugby of his life.

“I think he’s been unlucky not to have achieved further international honours as he has been a star performer for years. He’s a very tricky opponent to play against and he’s been a joy to commentate on.

“He would have to come into the conversation for the Gallagher Premiership Rugby team of the season. We are fortunate that the quality of rugby we’ve seen makes those sorts of decisions so competitive, especially in the back-row. But with the quality of his performances, he has to be in the equation.

Although Covid-19 restrictions prevented a physical presentation of his award, Bath Rugby fan, club liaison and Gallagher development executive Chris Howard, said: “Without doubt, Zach Mercer has been playing some of his very best rugby of late. Standout performances have drawn post-match praise and Zach now adds a well-deserved Gallagher Player of the Month award to his recent accolades.

“Always a formidable force in defence, it is Zach’s powerful, mobile, attacking play that has particularly impressed with his strong ball carries and skilful footwork helping to create breaks as well as scoring a number of tries.

“And following confirmation that fans can be welcomed back inside Gallagher Premiership stadiums from as early as next week, we can’t wait to be back at The Rec come 12 June, as a local business alongside all the other fans, to show our support and celebrate spectators’ return.”

Mercer – as part of his prize for being named Gallagher Premiership Rugby Player of the Month – wins a shirt signed by the whole Bath Rugby squad and framed by Gallagher to gift to a charity of his choice, to help them raise funds.

Mercer was judged by a panel of experts as the player who made the biggest impact in Gallagher Premiership Rugby in April 2021.

He was involved in a three-way battle to win the award eventually beating February’s winner Marcus Smith and Leicester Tigers No 8, Jasper Wiese to the prize.