WRWC 2017 - getting it right and an apology to Emily Scarratt 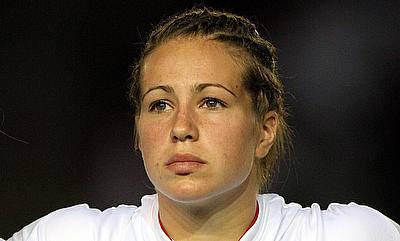 We would like to apologise to England's Emily Scarratt over an article published on Monday morning on Talking Rugby Union, that article has been taken down.

The reason for that is a belief that in some way rugby union fans believe our team did not interpret the comments at a recent press conference correctly.

This was not done intentionally and we in no way wish to undermine a world class tournament, a world class player nor degrade our own coverage.

Back to the aftermath of the final in which, Natua scored a hat-trick of tries; a brilliant achievement for a prop. Additionally full-back Selica Winiata contributed with a brace as the Black Ferns went on to complete their fifth title win after beating England 32-41.

Rugby Football Union has already indicated that the 15 a side contract of the players will not be renewed following the World Cup, instead the 7s contract will be awarded to the deserving ones with the Rugby Sevens World Cup and Commonwealth games lined up next year.

A fresh 15s contract will be then awarded ahead of the 2021 World Cup.

Emily Scarratt gave the following quotes to the press conference:

"I have hopefully got a few more years left in me yet, and we will see what they hold in terms of sevens, fifteens, or whatever it might be," said 27-year-old Scarratt, who is among those likely to land a sevens deal and also be involved in next year's Commonwealth Games in Australia.

"But I would certainly like to end my career playing 15s. You want to send people out on top.

"I don't think anyone has announced anything official yet, but whether it is now or in a year's time, people will be stepping away. Some of our old birds won't go on to do four more years. It is gutting.

"I will go on a holiday somewhere, have a rest, eat a bit too much, drink a bit too much and put my feet up and see what happens when I come back."

England had a lead of 17-10 at half time during Saturday's final in Belfast but they let things slip in the final 40 minutes and Scarratt credited the Black Ferns for the comeback they made.

"They kept the ball a lot better than we did, and it is really hard to play rugby when you don't have the ball," Scarratt added.

"Every time we gathered under the posts when they scored a try, we were saying exactly the right things. We knew how to fix it, but knowing how to fix it and then actually doing that are two quite different things.

"When you have a loss like this, you feel a bit empty. We came to this tournament with a very specific goal, which was to come away with the trophy.

"The second half was really tough. They kept the ball really well, and when you have got a side as talented as that constantly on the front foot, it is extremely hard work.

"We put in a shift - the girls worked so hard."

Again our apologies to Emily