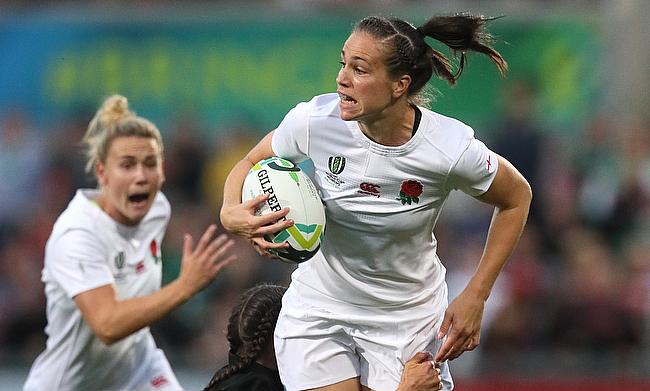 England captain Sarah Hunter insisted that she is proud of her team's effort in the recently concluded Women's World Cup in Ireland despite losing the final to New Zealand in Belfast on Saturday.

Toka Natua scored a hat-trick of tries while full-back Selica Winiata contributed with a brace as the Black Ferns went on to complete their fifth title win after beating England 32-41.

"We are immensely proud of one another and what the squad has achieved and one result doesn't define this squad," she said.

"It is a very special squad and we win together and we lose together. We have been on a very special journey and it's a great team to play in and I am really proud to captain it and we will stand tall together until the end."

A dual try from Lydia Thompson and a touchdown from Isabelle Noel-Smith along with a penalty try did not prove enough for the 2014 Champions despite having a lead in the first half.

England head coach Simon Middleton lavished praise on New Zealand and believes his side's chances slipped away due to their inability to gain possession in the second half.

"A huge congratulations to New Zealand - they were outstanding in the way they managed the second half of the game in particular," he said.

"They have had a great tournament. As with an immense team they find a way to win - so full credit to them.

"In terms of our team, I couldn't be prouder of them. The girls gave everything they could. There was certainly no shortage of heart, energy and passion and desire.

"We just couldn't get enough possession in the second half to be able to turn the game how we wanted."