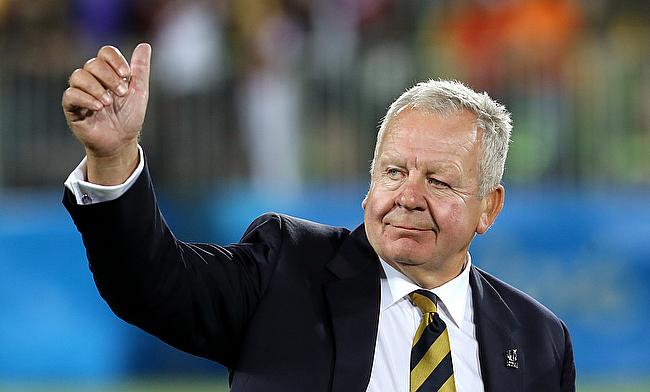 World Rugby chairman and former England captain Bill Beaumont has received his knighthood from the Queen at Buckingham Palace for his dedication to the game of rugby.

Beaumont has been instrumental in his contribution to the game and was elected as the chairman of governing body in 2016 after previously working as vice-chairman between 2007 and 2012.

In 2012, he also took the responsibility of chairman role with the Rugby Football Union during which England successfully hosted the 2015 World Cup that created a terrific response from fans all over the world.

The 66-year-old has been a constant force driving the game forward and during his tenure as World Rugby chairman, the sevens format and the women's game gained greater recognition.

Beaumont represented England 34 times between 1975 and 1982 with his notable achievement coming in 1980 when he led the national side to their first ever Grand Slam in 23 years.

Beaumont also captained British and Irish Lions during their tour of South Africa in 1980 and was forced to retire from the game following medical advice due to a series of concussions.

“This is a special day for me, my family and rugby," said Beaumont.

"I am humbled and honoured to have received this accolade, but for me, I have always viewed my work in the sport as a passion and a vocation, doing the very best that I can for everyone involved in the sport from grassroots clubs to the elite game. The knighthood is as much recognition for everyone who gives their all to this great sport as it is me.

"We have made great progress on and off the field, but we are not complacent and I am determined to ensure that rugby continues to drive forward as an attractive, simple and safe sport that continues to appeal to young players and fans.

“I could not do all of this without the support of great rugby people, but most of all it is the support of my family who have been my inspiration, enabling me to dedicate my time to a sport that I believe is the ultimate team sport."