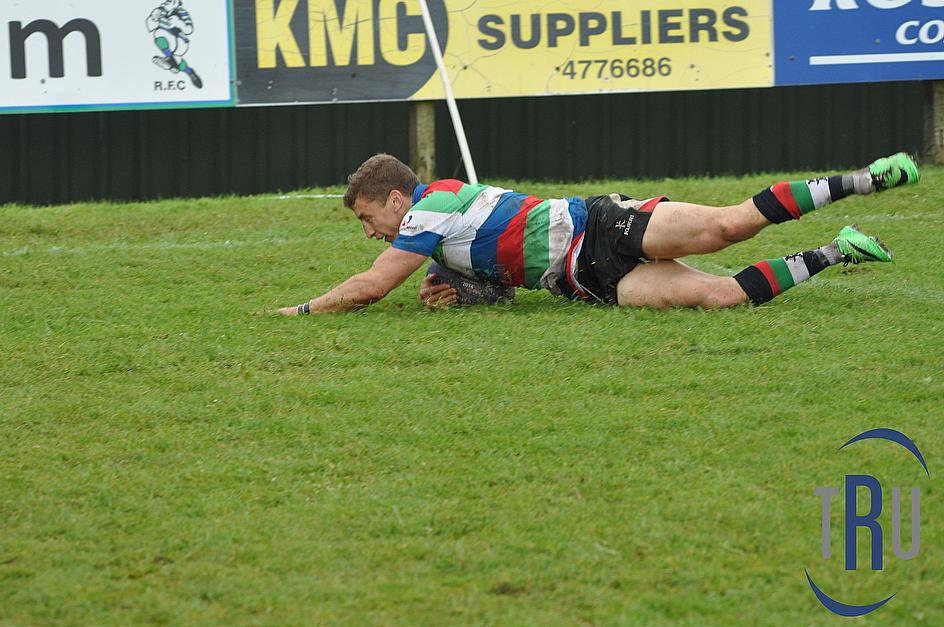 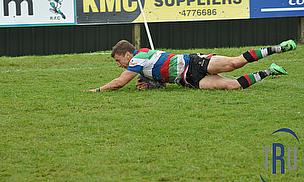 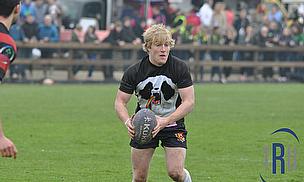 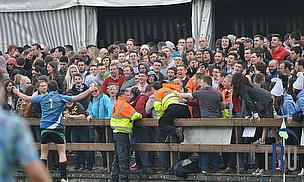 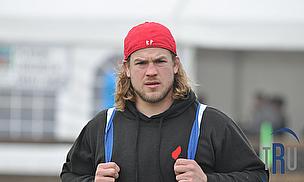 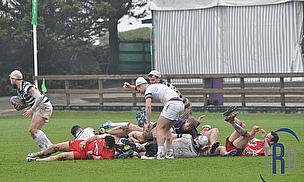 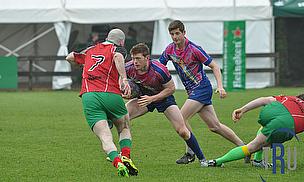 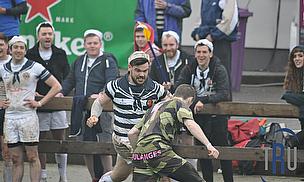 As ever, the rugby itself was a fantastic showpiece event, with 86 teams battling it out at all levels of the game – with some sides taking the weekend more seriously than others.

The festival centres around five different grades of rugby sevens, ranging from the men’s and women’s elite competitions to social rugby tournaments.

However, Kinsale is much more than just a rugby tournament, as thousands of fans and players alike, who enjoyed the sport, food, drink and music would all agree.

As the rugby got underway on the Saturday, the party was already in full swing, with the terraces packed with spectators, the music loud, the drinks already flowing and the town rife with sevens fever.

In the men’s elite final, the showpiece event on the Sunday evening, the Wooden Spoon Marauders comfortably defeated last year’s winners, the Wild Geese, 30-0, to leave the field delighted with the coveted trophy in hand and the 10,000 euros prize money. 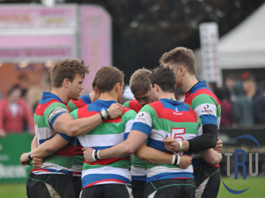 The WS Marauders, after losing to the Red Pandas on the first day, beat the Black Sheep in the semis to seal their place in the final against the reigning champions.

The Wild Geese beat day 1’s Champions, the Red Pandas, in an incredibly close-fought semi-final to make their way through to the last game of the day.

But it was the Wooden Spoon side, in their iconic red, blue, green and white kit, who prevailed over the much larger opposition, to take the spoils.

On the other side of the festival, the women’s Wooden Spoon representative side, also demonstrated their class and worth, with two tremendous days in Kinsale – culminating in their second elite competition win in as many years.

After already recording victories over a number of highly-ranked 7’s sides, the team representing the UK-based children’s charity were victorious over the Adler 7’s from Germany by 15 points to 12, in an extremely close-fought contest.

A member of the victorious Wooden Spoon Women's team crosses the line in the final: 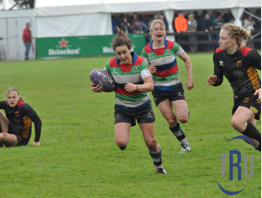 Elsewhere, in the Men’s Open competition the Lightning Bolts lifted the silverware after just edging past the Crusaders in an enthralling final that, in normal time, finished 10-10.

The Dublin-based Bolts, were the first to score the ‘golden try’ after the final whistle, winning the match, much to the delight of their supporters and the Irish crowd.

In the final men’s event, the social competition, it was the garishly titled the Fire Breathing Rubber Duckies 2 who ended up the eventual champions with a 15-12 final victory over the Ruckaroos. A poignant victory for the team who were remembering their team-mate Alan Feeley who died of a brain haemorrhage last year.

Finally, in the Women’s Social competition it was the Lady Rogues who came out victorious.

Once again the crowds enjoyed an incredibly successful bank holiday weekend of sevens rugby in Kinsale, with a total prize fund of 30,000 euros being dispersed between the winners:

The weekend itself, which welcomed players and fans from all over the British Isles and Europe, celebrated the spirit of top-class rugby with a great atmosphere.

The party continues into the night in Kinsale: 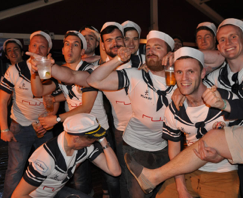 The Kinsale 7’s, run entirely by volunteers, is an enormous boost for the local economy at the start of the summer season and a hugely important weekend for the town of Kinsale.

Pat Maher, Heineken's event and sponsorship manager, said: "Heineken, alongside our business partners in Kinsale and surrounding areas, are delighted with our long association with this fantastic event.

"Recent successes on the playing fields have rugby awareness and affinity at a very high level. This enjoyment has encouraged many people to come to Kinsale to witness another form of the game at its highest level."

Take a look at Talking Rugby Union's facebook page for a wide variety of pictures and videos from the entire Kinsale 7's festival.