Will Skelton: "We are not just playing out there for us - We are playing for our fans, families and friends” 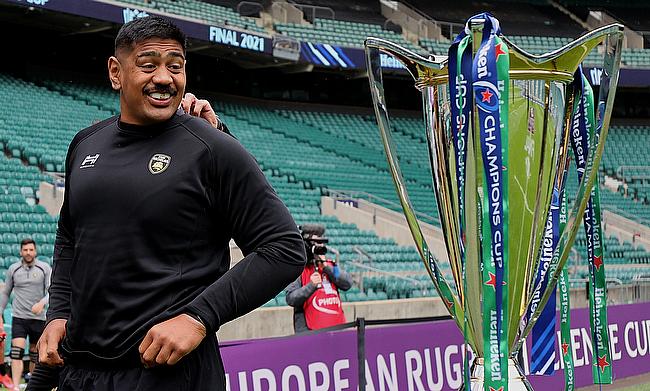 Can the Tigers win silverware in London just like the Foxes? - “That's the plan!”
Callum Sheedy Exclusive: These guys are operating at a world class level - You have to pinch yourself!
South Africa to face Georgia ahead of series against British and Irish Lions
Tadhg Furlong signs contract extension with IRFU until 2021/22 season

When Will Skelton played in the Premiership for that star-studded Saracens team, the lock forward was part of a side that won two Champions Cup titles and two top-flight crowns.

Moving to La Rochelle in the midst of Covid-19 last summer, which was no doubt accelerated by Saracens’ salary cap breaches and impending relegation, it is fair to say that the Wallaby has found home on France’s western borders.

Throughout his time in England, we marvelled at the Australian who was overweight and unfit when first arriving in North London. It was a combination of those things that had caused the second row to fall out of international contention under Michael Cheika, but only when Mark McCall got his hands on the man that wears size 19 boots did his weight begin to come down whilst his fitness levels started going through the roof.

Brilliant in both attack and defence, Skelton lent himself superbly to the Saracens dynasty and was clearly well thought of by his teammates, having been named as the Players’ Player of the Year in 2018.

Since arriving in France, Skelton has represented La Rochelle on 21 occasions in what has been a monumental season for the club. Currently second in the Top 14 behind Toulouse, they will, of course, be playing Ugo Mola’s team this weekend at Twickenham as one of the clubs hopes to make history.

Should Toulouse win this weekend's Heineken Champions Cup final, it would be their fifth title, whilst if Jono Gibbes’ La Rochelle lift the trophy, they would be kings of Europe for the first time.

“I hate to say it to Leinster fans, but up front La Rochelle blew them away.”

It was some performance from the French side. How do you stop their powerful runners?#HeinekenChampionsCup pic.twitter.com/luIrzOOraZ

Toulouse have got the better of Skelton and his teammates on two occasions this season in the Top 14, the first coming in September and the second at the end of February in a highly competitive 14-11 loss.

“That first game, we were nowhere near where we wanted to be,” Skelton said. “Then they came at the start of the year and beat us at home, which was devastating, but hopefully that gives us the underdog status and we can just plough away with our work during the week and hopefully come ready on Saturday.”

In the weeks that have followed, La Rochelle have made headlines globally with their efforts in the Champions Cup. After their 27-16 win over Gloucester at Kingsholm, it was Ronan O’Gara’s ‘keep ball alive’ acronym that really tightened some trousers and the quarter-final against Sale Sharks did much of the same.

Overcoming Leinster in the last four, it became clear that this team has arrived on Europe’s biggest stage and are all set to stay.

Before and after their encounter with the Irish province, the club’s fans descended to the Stade Marcel-Deflandre to wish the players well ahead of, what was up to that point, the biggest game in the side’s history.

“Rugby is massive in this town,” Skelton said. “It is not a big city, it is a well-knitted community that welcomed my wife and myself with open arms and they go mad for rugby here.

“We pulled up against Leinster, I didn’t expect it. We had 1,000 people. I don’t know if it was Covid friendly, but that revved us up for the game. We are not just playing out there for us, we are playing for our fans and our families and our friends.”

For Skelton, he will be coming up against two of his countrymen in Toulouse colours, the pair even playing in the same position as the 29-year-old. Rory and Richie Arnold have contributed to the defensive work rate of their team, but shutting down the opposition isn't where the Australian thrives the most.

Yes, he has made 38 tackles in the four Champions Cup games he has played this season and has also picked up three turnovers, but having beaten eight defenders, thrown four offloads and carried the ball on 38 occasions, it is clear how important Skelton is to La Rochelle in every aspect of the game.

Combining with the likes of Victor Vito, Gregory Alldritt and Levani Botia, there are threats across the forwards and the game plan that O’Gara has put in place allows each of these explosive players to play some of their best rugby.

“When you have good players around you, I have been able to just express myself,” Skelton said. “Preparation hasn’t changed. My mentality hasn’t really changed.

“The team has helped a lot with how we play and probably the style of play here at La Rochelle is a bit different to what it was with Sarries, so prioritising the power player, and me being one of them, I get my hands on the ball a bit more.”

Will Skelton drove his way over the line to send La Rochelle into their first @ChampionsCup final!#HeinekenChampionsCup pic.twitter.com/cfS79jhXHd

Nearly 12 months into his three-year contract with the Top 14 club, Skelton has regularly been on hand for his coaching staff and teammates to help them break down upcoming opposition in their run to this weekend’s final.

In addition to this, the lock says that in the season he has been with the club, despite the language barrier, his perception of French rugby has certainly changed.

“The most difficult thing is the language,” Skelton said. “The boys mostly speak English if you speak slow enough! It is more about us foreigners trying to buy into the French culture and as soon as we play in Europe, it changes because it is the English refs and the English teams so you end up being the guru on every team outside of France.

"I was getting asked for tips on Gloucester and then for Sale and Leinster because I played them a couple of times, so I think that has been the main thing.

“Then I think also the ability of the French players, of how from the outside looking in you think that traditionally they didn’t work as hard, but that is not the case.

“We have got guys here who are as fit as hell and have the ability to be world-class and it is not until you are in the environment that you get to see that first-hand.”