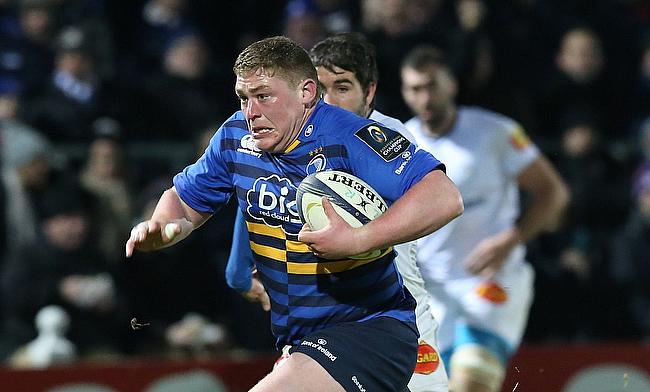 Johnny Sexton: Ireland will need their ‘best performance of the season’ to get past England
CJ Stander moves to blindside for Ireland against England
Henry Slade doubtful for England's Six Nations game against Ireland

Ireland and Leinster prop Tadhg Furlong has committed his immediate future with the Irish Rugby Football Union after signing a contract extension until the end of 2021/22 season.

Furlong made his Test debut for Ireland in 2015 leading to the World Cup that year and has gone on to play 49 Tests for his country including six World Cup games. He was part of the Grand Slam winning Ireland squad in the 2018 Six Nations tournament.

The 28-year-old also was part of the British and Irish Lions' tour of New Zealand in 2017 where he featured in all three Tests.

“Happy to sign on for one more year. There has been some tough days of late but I believe the squads we have in both Leinster and Ireland are able to compete for trophies in the future," he told Irish Rugby's official website.

"I look forward to hopefully playing at a packed out RDS or Aviva Stadium in the months ahead.”

A product of Leinster Academy, Furlong made his senior debut for the Irish province in 2013 and has racked up 113 appearances. He also enjoyed four Pro14 titles with Leinster apart from a triumph in the European Champions Cup that came in 2018.

IRFU Performance Director David Nucifora lavished praise on Furlong and his contribution to both Ireland and Leinster.

“Tadhg was a long time out of the game but showed upon his return in January what a positive influence he can be for both Ireland and Leinster.

"He has grown as a senior voice in the Ireland squad and his recent performances reminded everyone why he is rated as one of the best tighthead’s in world rugby.”