Who shone at the Premiership 7s? 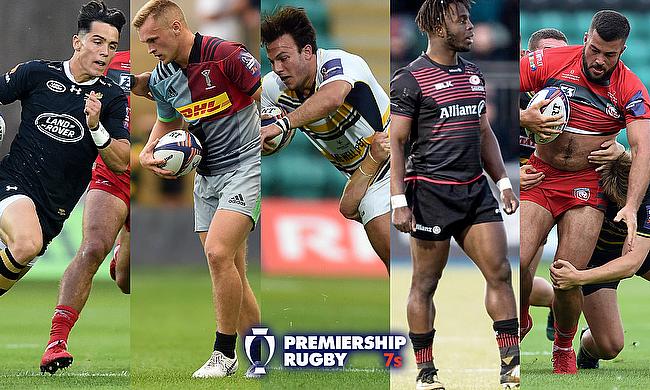 The Premiership 7s was once again the perfect curtain raiser for the new season.

It was Saracens who lifted the title at Franklin’s Gardens on Saturday evening after an impressive 33-12 victory over 2017 winners Wasps following two days of scintillating action.

The tournament offers the chance for clubs to crank up their preparations for the new term, but also provides a platform for players to showcase their talents.

With the 2018/19 season getting underway in just over a month’s time, there were a number of players who put their hands up and stood out in Northampton across the weekend.

Harlequins may have lost to Saracens in the semi-finals, but there is one overwhelming positive they can take from this year’s competition. Captain Calum Waters was their star man and some outstanding displays saw him win the Player of the Tournament.

Finally, it's a huge congratulations?? to @WatersCalum who has been named the #PremRugby7s Player of the Tournament ????

Thoroughly deserved by the @Harlequins scrum-half after his ten tries in four games (including two hat-tricks!) ?????? pic.twitter.com/sHn9biHJLb

His change of pace was electrifying and two hat-tricks on Friday evening lit up the 2018 Premiership 7s. In total, Waters scored 10 tries and moving forward, Quins may well have a top player on their hands.

Waters may have shone on Friday, but Worcester’s Josh Linney was arguably the standout player. The Warriors lost out to Gloucester in the Plate Final, but Linney’s speed and physicality was certainly a plus point for the men from Sixways. The Bishop’s Stortford man caught the eye, scoring twice in the final, and he will be hoping more

The former England 7s man is back at Wasps and he certainly is making the right impression. Operating on the wing, his pace was too much to handle at times and his experience which he has gained on the international stage was evident in his maturity and confidence throughout this tournament.

Last month, TRU spoke to Sirker who said he wanted to “grasp his opportunity” back at the club which released him as a youngster and his performances at Franklin’s Gardens suggest Sirker is more than ready to takes his chances as they come his way this season.

Saracens may not have been “flashy” on their way to securing the Premiership 7s crown, but they were efficient and physical. Rotimi Seguin highlighted this with his phenomenal work rate and strong tackle count. The winger showed his array of attributes and after being aided by the university and National League rugby pathway at Loughborough, Segun’s chances at Allianz Park might occur more regularly after an impressive outing at Franklin’s Gardens.

Gloucester clinched the Premiership Rugby 7s Plate for the second year on the trot after narrowly beating Worcester 27-25 in the final. A late try from captain Gareth Evans sealed the victory, but the 26-year-old looked in good shape across the weekend and provided a timely reminder to the coaching staff at Kingsholm what he can offer the Cherry and Whites in the back-row this term.

#ICYMI @Gs_Evans was the hero for @gloucesterrugby with a match-winning score in the #PremRugby7s Plate final.