Who could make a name for themselves at the 2019 World Cup? 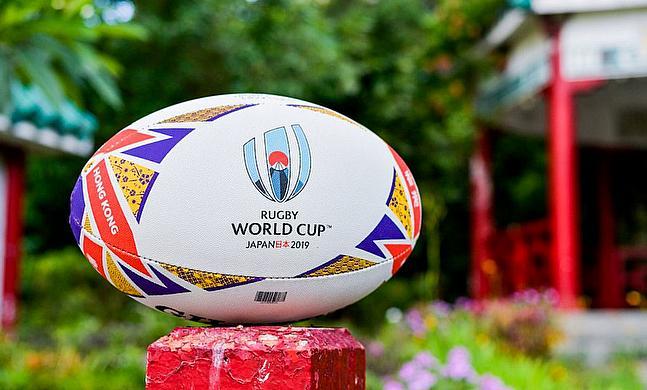 At any large sporting event, there is something that transcends the tournament. Be it a team, a player, or even in some cases a sport.

It just so happens that one of these major international sporting competitions, the Rugby World Cup, is being held in Japan this September.

At each of the last four World Cups, one team has stood out as surpassing potential expectations. In 2003 that team was Wales. They pushed England, the eventual winners, all the way in the quarter final. They played with passion, and their third-choice scrum half on the wing.

In 2007, the Pumas announced themselves on the world stage playing a flair-laden brand of rugby to beat hosts France twice and finish in third place. Their performance in the tournament took them to their highest ever world ranking and paved the way for their inclusion four years later in the Rugby Championship.

Then, in 2011 Wales were again the team who went further than expectations. This time rather than being based upon pluck and talented players, it was ‘Gatland ball’ and brutal fitness camps in Spala that fuelled this success. It was a campaign that ultimately ended in disappointment when captain Sam Warburton was sent off for a tip tackle that did more to stop players being upended than any World Rugby framework ever could.

In 2015, Scotland would have been the plucky underdog, and everyone’s second favourite team up until the point they were foiled in the quarter final by a controversial last-minute penalty courtesy of Craig Joubert, who then rapidly disappeared.

Added to this, 2015 saw one the most historic of rugby upsets with Japan beating two-time world cup winners, South Africa 32-34. The Japanese team, masterminded by Eddie Jones, played a crisp and innovative brand of rugby that endeared them to fans all over the world.

Over the years, there have also been a smattering of players who have transcended World Cups, and even the game. They've come from obscurity to amaze audiences the world over (oh, and they normally play on the wing -- a position which lends itself to the sort of sheer athleticism which often makes highlights reel).

In 2003, Shane Williams travelled with the Wales squad as a third choice scrum-half, he thrust himself into the rugby consciousness as a diminutive winger with standout performances against the perennially fancied New Zealand and eventual winners England.

In 2011, arguably the player of the tournament was Israel Dagg. Dagg started the first game against Tonga over the incumbent full back Mils Muliaina, who came into the World Cup on 98 caps. The 23 year old seized his opportunity with both hands, scoring a brace in the opening game against Tonga and conjuring up one of the moments of the tournament when he fended off Rocky Elsom, skipped past Quade Cooper down the touchline and flicked the ball one handed back inside to Ma'a Nonu who flopped over the line.

Magnificent though both of these players were, they somewhat pale in comparison to Jonah Lomu who transcended not just national boundaries but the entire sport when he burst onto the scene in 1995. His powerful runs, most notably against England, truly welcomed the professional era and led to him becoming the sort of player that professionals would tell their grandkids that they played against and if they were lucky, that they managed to tackle him. He was rugby's first real celebrity on a global stage, and his fame still hasn't been eclipsed in the mind of the general public.

So, with all of this historical context let's try and pick a player and a team that will be everyone’s second favourite for this year’s World Cup. The team can't be a favourite, will probably have a long run of success (or cause another monumental upset), and probably do so playing an attractive style of rugby.

Will it be France? The constant will they, won't they team of international rugby. It is tired to say they don't play the rugby they once did, and that gallic flair has been replaced by monstrous players arm wrestling teams off the park, but the fearless youth of players such as Damian Penaud and Romain Ntamack, coupled with some majestic older players such as Guilhem Guirado and the departing Wesley Fofana mean that they could beat anyone on their day.

Japan, shorn of Eddie Jones the coach who guided them through their heroics four years ago, appear unlikely to repeat the upset they caused in 2015 but at home they will be a dangerous team to run into in the group stages. Their performance in the first half against England at Twickenham last year will give them heart and they are led by the ever-impressive Michael Leitch.

Fiji, like any of the pacific island teams, will play a fluid, physical brand of rugby that will delight fans. Whilst the other pacific island nations have struggled to have time together to prepare, Fiji have had a couple of camps based in France. With Leone Nakarawa and Viliame Mata flinging offloads they will be an exciting side to watch, but their well-publicised problems off the field - most recently having run out of funds to pay a defensive coach during the World cu - may prevent them from having the success their physical talents merit.

Scotland will be a team to watch. They tasted success in 2015 but were frustrated by a controversial refereeing decision so will have a score to settle in this World cup. They play an exciting, attacking game and are in a position that could be best described as 'the best of the rest' outside the top five of New Zealand, England, South Africa, Wales and Ireland. Finn Russell can set any game alight with his passing ability, and any back three containing Stuart Hogg can pose a danger. They should progress through Pool A, either first or second with Ireland being the only other tier one nation.

When it comes to players to watch in a World Cup, the mould to follow seems to be that of an exciting back three player (but that doesn't mean this will have to continue).

Fiji's Leone Nakarawa is an excitement machine. With arms that seem to articulate in 13 places, his offloading ability draws in players and can prove to be key in unlocking almost any defence. He may wear the number of a lock but he doesn't fit the mould of a typical engine room player. His story, progressing through the Fijian Army, to Edinburgh, onto Racing 92 via a gold medal at the Rio Olympics takes in the full spectrum of the game.

One of the more conventionally exciting players at this World cup could be Cheslin Kolbe. Kolbe has been beating players for fun in France and Europe this year. The undersized winger’s magic has been clipped and shared almost weekly on Twitter. He should form part of a scintillating back three for the Springboks which could also include Willie le Roux and Aphiwe Diyante. South Africa's varied style of play should guarantee he sees enough ball to excite audiences.

Two wingers who are unlikely to feature at this year’s World Cup could be some of the most exciting players in the world: Taqele Naiyaravoro and Nemani Nadolo. Both are wingers of huge size and skill. Unlike Kolbe, they are capable of overwhelming teams with their physicality but also their deft touches. Unfortunately, neither will feature at this year’s tournament unless something changes as Naiyaravoro hasn't played for Australia since 2015 and Nadolo retired from international rugby earlier this year. Whilst their large presences will be missed, there will be more than enough talent on display to make up for it.