We have not talked about winning the league - Keith Fleming 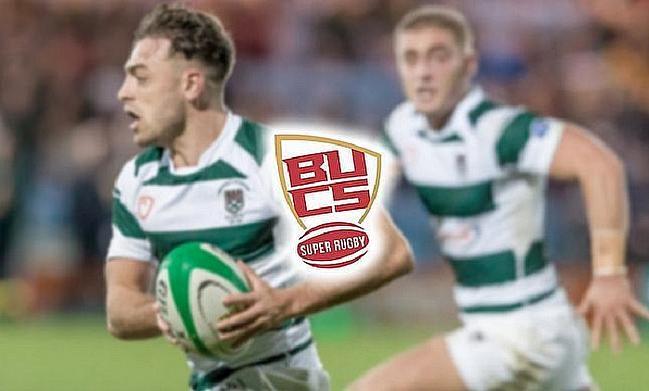 University of Bath profit as title contenders stumble
How St Mary's University and Old Elthamians are paving the way for the future
Leitch: 'I have been given loads of support and that has given me the opportunity to play for my country'
Exeter dominate Loughborough as they continue to close in on domestic title

Director of Rugby Keith Fleming insists his University of Exeter players haven’t discussed what could be at stake at Topsham when they host the University of Bath on Wednesday.

The Green and Whites have the opportunity to retain their BUCS Super Rugby domestic title if they are able to beat second-placed Bath in their penultimate fixture of the league season.

Last week, Exeter led 21-5 against Durham University at half-time, but they missed the chance to all but seal the championship after letting their advantage slip and Fleming is keen for his side to respond following their loss.

“No, it [winning the league] hasn’t been talked about,” Fleming said.

“This week, we have really talked about the performance and we have been through the tape from Durham and highlighted the areas that we were lacking in in that second half.

Congratulations to @DURFC and good luck for the rest of the season.
Massive response needed next week now.#BUCSSuperRugby #EXEDUR

“We are really focused on changing that. We have not discussed winning league or whatever. We are performance-based and we have got to perform better than we did.

“We have got to be better at what we do because we are still nowhere near our best, which is frustrating so we are very much looking for a reaction to last week.

Prior to their defeat against Durham at Sandy Park, Fleming guided Exeter to five straight wins, including victories over rivals Hartpury and Cardiff Met.

With the aforementioned duo both failing to win last week, it may have been seen as a missed opportunity for Exeter because they could’ve edged closer to the league title.

As things stand, they sit nine points clear of the chasing pack and Fleming insists they must only concentrate on themselves.

“Against Durham, we were victims of our own success,” Fleming added.

Will it be back-to-back #BUCSSuperRugby titles for Exeter?

Their goal is simple, a win this Wednesday over Bath seals their second trophy in two years ?? pic.twitter.com/PoVjzDZJ9Y

“I don’t worry too much about other teams. You can’t rely on what other people’s results do. We have to absolutely focus on what we do and it is the same for Bath this week.”

Bath will arrive at Topsham knowing they still have a mathematical chance of clinching the league title, but they must defeat Exeter to keep that possibility alive.

Aaron James’ side will be in a buoyant mood after coming from behind to beat Northumbria last week and the Blue and Golds have picked up three victories on the bounce.

The West Country outfit also won 36-31 against Exeter back in October so Fleming knows the threat Bath will pose.

He said: “They are playing really, really well. They are a top side. None of the sides are easy in this league so I fully expect Bath to come out firing on all cylinders. They have got something to play for as well so hopefully it will be a really good game of rugby.”

With Cardiff University to come in their final game of the domestic season next week, Exeter require just three points from their remaining two matches to secure the league title for the second year running.

Whilst Fleming admits Exeter can’t look too far ahead, he revealed it would be another great achievement for the university.

“I think it will show that we are pretty consistent,” he said. “What we’re doing is focusing on going about things the right way and I think we are. Consistency is what you have got to ask for and if we can back that up in university rugby, where there is a huge turnover of players, we are doing something right.

“Credit to the fellas. They are working harder, but they have got to work a bit harder!”