Wasps' academy back and buzzing 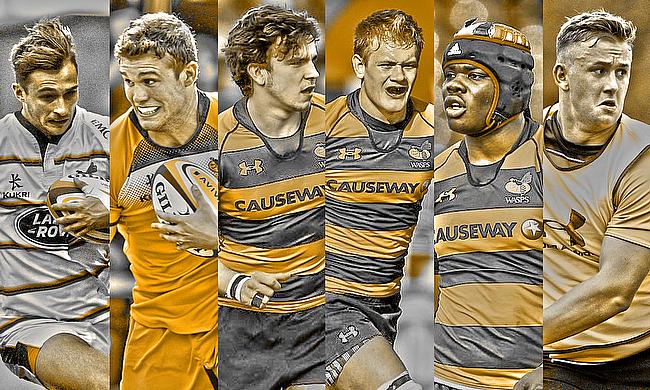 For all the headlines that have revolved around Wasps in recent years – the flirtation with administration, the move to Coventry and the subsequent high-profile signings – none have focused on the productivity of the club’s academy.

For years it was the lifeblood of the club, producing stalwarts from Lawrence Dallaglio and Joe Worsley, to James Haskell and Tom Rees, as well as the soon-to-be reunited half-back combination of Joe Simpson and Danny Cipriani.

The 2011-12 season signalled a high-water mark for the academy, with graduates Elliot Daly, Christian Wade, Billy Vunipola and Sam Jones all playing significant roles in the club’s successful battle against relegation.

The intervening years have seen the productivity of the academy drop off starkly, though, with the emergence of Will Rowlands as first team back-up the most notable graduate, as well as Alec Hepburn, who now plays his rugby for Exeter Chiefs.

That downward trend could be set to reverse over the coming seasons, however.

Over the first three rounds of the U20 Six Nations, props Tom West and Will Stuart have been at the heart of everything good that England have offered up. Stuart, a sizeable tighthead, has particularly impressed, providing stability and power at the fulcrum of the English scrum. Both props have helped England to dominance in the set-piece so far in the tournament.

There are also a number of U18 players who look to have what it takes to make the step up to U20, ‘A’ rugby and ultimately the first team, currently on Wasps books. The likes of Ehize Ehizode, Jacob Turner, Tom Willis, Caleb Shepherd and Matt Ilube were all vital to Wasps’ fourth-place finish in the academy league this season and all seem to have the required points of difference to make it as professionals.

Towering lock Ehizode leads the way for the group, combining his extremely effective skill set with very solid fundamental skills for a player of his age. Back rowers Turner and Willis, not to mention fellow loose forwards James Seabrook and Seun Coker, have the potential to be significant contributors in the future and revive Wasps’ tradition of home-grown back rows.

In the back line, fly-half Connor Eastgate has looked poised all season and is one of the academy players to have already stepped up and started playing ‘A’ rugby. Further out the line, Shepherd has shown real promise at outside centre, running some of the nicest lines in the academy league this season and often converting them into tries. Lethal winger Ilube has set the league alight with his try-scoring and has proved to be the perfect foil outside of Shepherd.

The talent is there coming through for Wasps, something which may not have been as true over the last two or three years, and the question now is whether or not they will get an opportunity.

Additions like Marty Moore and Cipriani certainly make it more difficult for the likes of Stuart and Eastgate to make their impacts with the first team and all of the players mentioned will need to catch the eye with the ‘A’ side over the next season or two if they are to have any chance of breaking through.

Wasps are certainly a club on the up and would be appealing to any player eager to put themselves in a position to be competing for trophies but it will be intriguing to see if any of the academy players, who are mainly based in and around the Buckinghamshire and London areas, are averse to moving to Coventry.

With the academy boundaries of the Aviva Premiership, for now, remaining the same following Wasps’ move to Coventry, the club is in the unique position of being based roughly 80 miles away from the schools where they recruit the majority of their players.

There are plenty of variables standing between this crop of players and them playing their part in Wasps return to competiveness at the top of English rugby.

Firstly, the club needs to retain the players and avoid overtures from more ‘local’ clubs such as Harlequins, Saracens and London Irish.

Secondly, the players themselves will need to standout at ‘A’ level and prove that they have what it takes to deal with the increased physical demands of senior rugby.

Finally, Wasps need to show they are willing to give home-grown youth a chance instead of looking for an immediate fix with foreign stars, something which you would be forgivable for doubting given their recent recruitment.

If the club can navigate all those hurdles without falling, they are sitting on a potentially golden crop of players that could even surpass the Class of 2011.