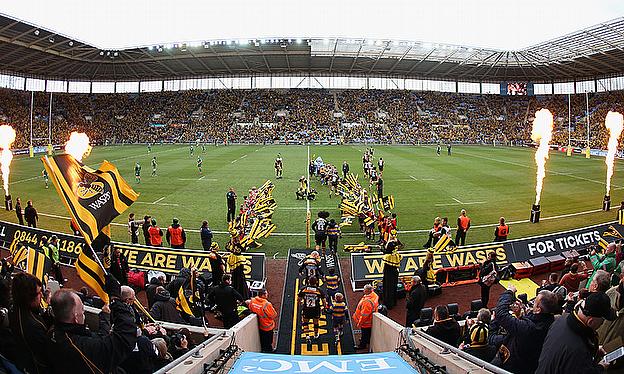 Wasps may not have a won a trophy this season, but it will go down as one of, if not the most significant season in the club’s long history.

At this time last year, the club was known as ‘London Wasps’ and plying their trade at Adams Park, in High Wycombe. They were in the midst of a playoff battle with Stade Français, which would they would go on to win over two legs and take the final spot in the inaugural edition of the European Rugby Champions Cup.

James Haskell, the last remnant of Wasps’ halcyon days in the early-mid 2000’s, led his side to a dramatic and hard-earned two-leg victory over the Parisian side, where Haskell had actually spent two seasons earlier in his career.

There was long overdue rejoicing for the Wasps faithful, who had witnessed their club slip from a perennial playoff side to Aviva Premiership bottom feeders, narrowly avoiding the cataclysmic prospect of administration and relegation from England’s top tier back in 2012.

The rejoicing did not last long, however.

In July of 2014, Wasps announced that they would be removing the ‘London’ prefix from their name, something which caused a fair amount of anxious whispers, especially given the lack of news regarding a new home.

After a mediocre start to the 2014/15 season, rumours began to swirl which had the club’s fan base as animated as at any time since the club flirted with administration back in 2012. London’s most successful professional club was moving to Coventry.

The move was met with anger from the fans, who felt betrayed by the club. Wasps’ owner, Derek Richardson, had promised a new era of prosperity after he saved the club from relegation, further stating that he believed that West London was the club’s ‘natural future home’.

When Coventry RFC president Peter Rossborough admitted to the Coventry Telegraph that Richardson had approached him in 2012 – prior to Richardson acquiring Wasps – about a possible merger with a Premiership club, it left many fans feeling like the club was merely a pawn in a much bigger game.

Time waits for no man, or supporter, however, as the club confirmed the move as soon as Richardson’s acquisition of the Ricoh Arena was ratified by Coventry City Council and announced they would be moving to the 32,609-seater stadium within the next two months.

Some fans were shell-shocked; some were excited by a new and potentially very lucrative future. Some fans opted to turn away from the club; others have made the commitment to travelling up the M1 to see their beloved club in its new city. Losing a proportion of their fan base was surely seen as an acceptable risk at boardroom level.

One thing that is certain, though, is that the move north has transformed the club, particularly off the field.

Wasps have been attracting crowds over twice the size of Adams Park’s capacity at the Ricoh, and most importantly, keep 100% of the profits they make at the Ricoh, unlike the deal they had with Wycombe Wanderers FC at Adams Park. Combined with the revenue-generating role the Ricoh plays as a venue for conferences and live music, this has reportedly propelled Wasps into the second-most profitable club side in Europe, sitting just behind Toulouse.

The off-field security clearly influenced Wasps’ talented squad and a swagger soon returned to their play. The performances of Elliot Daly, Joe Simpson, Matt Mullan and Nathan Hughes during the second half of the season were amongst the very best in the Premiership and the club secured its second straight year in the ERCC. Their seeding may not be great for next year’s tournament, but when you consider they made the quarter-finals this year after qualifying with the worst seeding in the competition, they certainly won’t be just making up the numbers next season.

A trip to the playoffs, which would have ended a seven-year dry spell, looked possible right up till the penultimate round of the Premiership’s regular season, but the club’s bitter rivals, and new neighbours, Leicester Tigers, gave Wasps a lesson in hard-nosed, physical Midlands rugby.

The loss may have derailed Wasps’ playoff hopes, but it illustrated the financial genius of the move to Coventry, as the club sold out the Ricoh, breaking their own record for a Premiership attendance at a home venue.

It is games like that one that have allowed Wasps to flex their financial muscle, bringing in the likes of Frank Halai, Jimmy Gopperth and Dan Robson next season. Halai and Gopperth should fill the Tom Varndell and Andy Goode-sized holes in the Wasps squad, whilst a new marquee signing is rumoured to be announced over the coming weeks.

Their newly-found financial security has also allowed the club to retain their strongest and most valuable assets going forward. The aforementioned trio of Daly, Simpson and Mullan all extended their deals with Wasps last week, whilst England lock Joe Launchbury also re-signed with the club earlier this season. Ashley Johnson, Sam Jones and Thomas Young, as well as Director of Rugby Dai Young, all also committed to staying at Wasps this season.

The success of the move to Coventry won’t be ascertainable until we are three or four years into this venture, but the early signs are certainly positive.

Attendances have dramatically increased, a state of the art training facility is being built, top tier European rugby has been maintained and the club have the financial firepower not only to secure their own players, but also to shop at the higher end of the player market.

Spare a thought for all the wonderful memories that took place at Adams Park (and Loftus Road) and the fans that haven’t been able to follow the team to Coventry, but early indications are that the 2014/15 season could be remembered as arguably the most significant in the club’s gloried history.