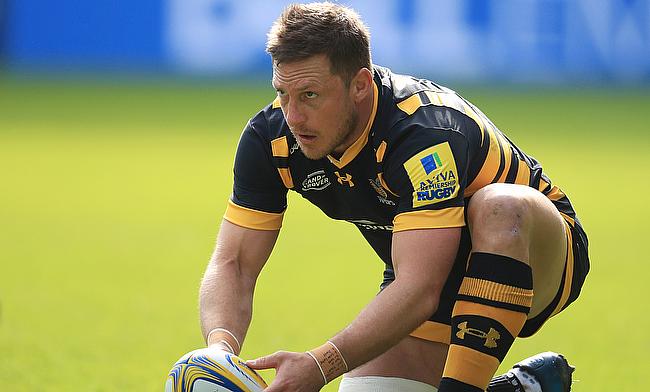 Jimmy Gopperth has been with Wasps since 2015
©PA

Fly-half Jimmy Gopperth becomes the latest player to commit his immediate future with Wasps after signing anew deal with the Gallagher Premiership club.

Gopperth started his career in New Zealand playing for provincial side Wellington in 2002 before making his Super Rugby debut with Hurricanes in 2005.

After a stint with Blues in 2009, Gopperth shifted to Newcastle Falcons ahead of the 2009/10 season before joining Leinster in 2013. His association with Wasps started in 2015 and has made 96 appearances scoring 819 points in it.

“It’s an incredibly exciting time to be involved with Wasps," said Gopperth to the official website of the club.

"The last 5 years have been so enjoyable and I feel this team is building towards being really successful - I want to be part of that! I want to win some trophies, and the boys are really focussed on doing that.

"As a player I feel I’ve got a lot more to give and I’m really excited for the future.”

Gopperth suffered a setback ahead of the 2018/19 season when he suffered injuries that sidelined for almost eight months but now has become an integral part of the club.

“He’s been brilliant for all five years I’ve been here. His understanding of the game and what a team needs is superb," said head coach Lee Blackett.

"Jimmy is one of the most positive guys you will ever meet, his enthusiasm is infectious with everyone at the club. Whilst most players his age have retired, Jimmy has backed up outstanding performances week in week out so far this year and is showing no signs of being ready to finish any time soon”