Wasps are upbeat about winning Premiership this season - Elliot Daly 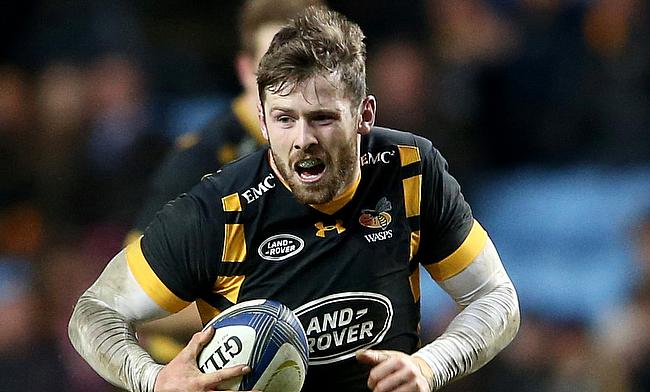 Elliot Daly has highlighted the belief in the Wasps ranks
©PA

Wasps centre Elliot Daly stated that his team is motivated to clinch the Aviva Premiership title this season after securing the top position in the league table with 17 wins from 22 games.

Dai Young's men defeated the defending champions Saracens at Ricoh Arena on Saturday to book a home semi-final and will now host Leicester Tigers on 20th May in their semi-final encounter.

Wasps suffered a setback when they lost the Aviva Premiership encounter in the last week of April 32-13 and also had to exit the European Champions Cup the following week after losing to Leinster 32-17 before redeeming themselves against Mark McCall's men. But, Daly insists the team is high on confidence as they bid to win their first Premiership title since 2008.

"The confidence isn't something we're used to," said the England and British and Irish Lions centre.

"Since I have been here, we have gone into the big games, away from home especially, thinking we probably weren't going to win. But the confidence around the group at the minute is massive.

"To win a big game against Saracens in front of a home crowd and get that home semi-final, finish top of the table - which Wasps haven't done in their history - is massive for the club and we want to push forward now.

"To lose the Leinster game and then lose to Quins when we could have secured our place at the top of the Premiership and get a home semi-final was gutting for us.

"We really want to get something out of this season and to get a home semi-final is exactly what we wanted.

"Last year we got to the semi-final but were away. We are at home this year. We are going in the right direction."