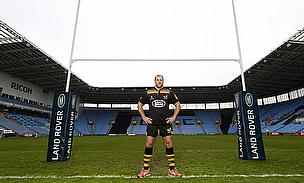 In a ground-breaking day for Wasps, the club have today announced the acquisition of a 50% interest in the Ricoh Arena with immediate effect.

Wasps become the joint owners of one of Europe’s largest multi-purpose venues having acquired a 50% interest in Arena Coventry Limited from Coventry City Council.

Wasps will play their first home game at the Ricoh Arena in December 2014 – either Castres or London Irish – but will continue to play home games at Adams Park in High Wycombe until then.

“Today’s announcement is a watershed moment in the history of Wasps and the professional game. It will help us realise our ambition to re-establish ourselves as one of the best teams in Europe and will guarantee the long term success of the Club.

“Today we are breaking the mould of how a professional rugby club operates by acquiring a thriving, sustainable business, as well as one of the best, conference, exhibition, sporting and entertainment arenas in Europe.  Ricoh Arena is a world class venue with a multitude of outstanding facilities, including a 32,000 stadium, 4 star hotel, 60,000 ft2 exhibition hall, 20,000 ft2 conferencing facilities and one of the UK’s largest casinos.  The revenue from these facilities, combined with Wasps existing revenues, will result in Wasps immediately becoming the highest turnover rugby club in the Aviva Premiership.

“Creating long term financial stability will allow us to focus on the main job of producing high quality rugby of which our supporters and players can be proud and will help to recruit some of the best players in the world.

“We fully appreciate this move will unsettle many of our supporters and I would like to stress that this decision has not been taken lightly. The reality of our situation is clear - less than two years ago Wasps was just hours away from going out of business. It is only thanks to our current owner Derek Richardson stepping in that we are here today.

“Thanks to his support we have gone from strength to strength, returning to the top competition in Europe and competing and winning against some of the best teams in world rugby.

“I’m sure our supporters will have many questions. We have contacted, and will continue to communicate with our Season Ticket Holders directly, to explain our reasoning behind the move and to highlight what we will offer them to thank them for their loyalty and support.

“I would also ask supporters to visit the Club website where they will find comprehensive information about the Ricoh Arena and more detailed explanations about the reasons behind the move. We are realistic and understand the hurdles, but Wasps have never been a club to shirk a challenge and we are not about to start now.

"There has also been much speculation in media outlets and social media recently about how this move will affect the future of Coventry City Football Club and Coventry RFC so I would like to address this and set the record straight.

“We are delighted to see Coventry City Football Club back at the Ricoh Arena and this is where we want them to remain. We understand there may be concern from Sky Blues fans about our arrival and what this might mean for their Club. We are keen to make this work for everyone. We look forward to a long and fruitful relationship with the Sky Blues.

“We are very keen to build a close relationship with Coventry Rugby Club and are exploring running community and player development programmes together. We are already holding positive talks with Coventry Rugby Club about ways in which we can benefit both clubs and their supporters. This is not a choice between Coventry RFC and Wasps – it’s about collaboration to make sure both Clubs thrive and help each other, building attendances for each club and giving supporters even more rugby to enjoy. Wasps will work hard to become part of the community and help support the development of grassroots rugby in Coventry and Warwickshire.”

“This is the most important decision this Council has ever taken about the future of one of its best community assets, and we would not have taken it unless we were confident it was the right thing to do. Wasps’ decision to make their home here is really important for the city and its future; it sees significant investment by a successful sports team that believes Coventry is the place to develop a world class sporting facility and is here for the long term.

“They have some really exciting plans for community and grassroots development that will bring massive benefits to Coventry youngsters, and a real commitment to deliver some great sporting opportunities across all our communities. This deal would not have happened if it threatened the future of the Sky Blues or Coventry Rugby Club.

“Wasps believe the Ricoh Arena is one of the best sporting arenas in Europe. They want to bring the best rugby union players in the world to play here. They’ll be moving to a world-class stadium and building state-of-the-art training facilities, and the revenue and infrastructure provided through the Ricoh Arena will help Wasps compete with the best clubs in Europe.”

“We’re delighted with the news that the Ricoh Arena is now home to Aviva Premiership team Wasps. The welcome return of CCFC and the imminent arrival of Wasps mean the Ricoh Arena has truly realised its potential as home for top flight sport.

“There are a number of stadiums in the UK that are home to both rugby and football teams and the Ricoh Arena is an obvious choice given its history around hosting both sports, including Wasps when they played here as part of the Heineken Cup in 2007 and attracted a near capacity crowd.

“We look forward to welcoming Wasps fans to the City and to the Ricoh Arena and we really hope that they enjoy this state of the art venue with its many attributes.”

"We have no doubt this was a very difficult decision to make, for all those involved, but we know the club has considered all options and concluded that it is the best route to secure Wasps' long-term future.

“It is a positive and significant move by a Club determined to re-assert itself at the top of the domestic and European game.

“The stadium boasts world-class facilities and has already hosted highly successful European and Anglo Welsh fixtures. The Ricoh Arena will enhance the experience for both supporters and players as the Club begins the next phase of its development, and we look forward to seeing Wasps there shortly."

Land Rover becomes the Club’s main official sponsor in a new multi-year partnership. Land Rover is recognised for its support of rugby at all levels of the game, from the Rugby World Cup and Aviva Premiership Rugby to the community game, where thousands of youngsters benefit from their annual Land Rover Premiership Cup. The Coventry based automotive manufacturer will feature on the front of Wasps home and away shirts as well as receiving a host of commercial rights including extensive branding in the Arena, stadium activation space, hospitality, player appearances and as well as promotion through Wasps marketing channels.

“Today’s announcement is not only an important addition to Land Rover’s growing rugby sponsorship portfolio, but it’s a significant increase in our investment within the Coventry area.  We are proud of our heritage in the region and already support a number of local community projects, so with Wasps confirming their move to the Ricoh Arena, it offered us a fantastic opportunity to further strengthen our community links, engage our thousands of employees and Land Rover owners who are also rugby fans.  We are excited by the club’s ambitions for the future on and off the field, and look forward to the start of our partnership.

“This new sponsorship complements our long-term support of Premiership Rugby and we remain committed to our long-standing relationship with Coventry Rugby Club.”

Leading cloud computing company EMC return as a Wasps partner having previously sponsored the Club between 2009 and 2012. As part of the deal EMC will feature on Wasps home and away kits and enjoy numerous commercial rights.

“This is clearly an exciting time for Wasps and EMC is privileged to be part of it. The team has a very clear strategy for success and we are elated to be working with them moving forward. Our expertise in data is going to contribute to the success of Wasps both on and off the field and we can’t wait to get started.”