Not a Goode move for Wasps 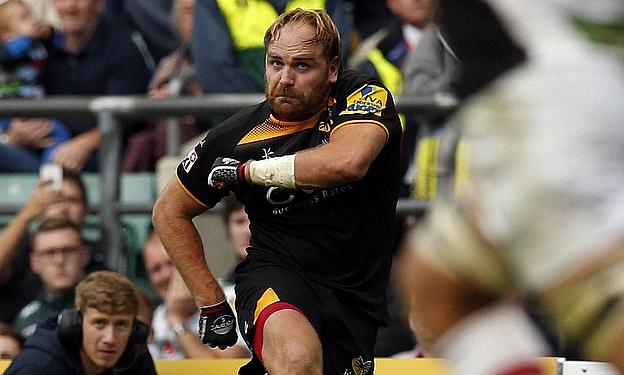 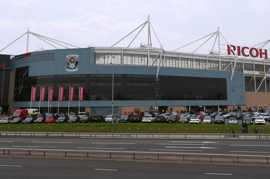 Wasps have been given the green light for a £30million takeover of Coventry's Ricoh Arena, with the Aviva Premiership club seeking a new Midlands training ground.

"Wasps have spent years looking for a home that will help them fulfil their ambitions and visions," said Coventry City Council leader Ann Lucas.

"They believe the Ricoh Arena could become one of the best sporting arenas in Europe: we believe that too.

Coventry City will continue to host Sky Bet League One action at the Ricoh Arena, with the council keen to protect the interests of Coventry Rugby Club.

Wasps will move their training ground from Acton in west London to Coventry if they complete the Ricoh deal even if they maintain their current academy set-up.

The Aviva Premiership club cannot however alter their current academy region of Oxfordshire, Middlesex and Buckinghamshire without joint RFU and Premiership Rugby approval.

Warriors bosses are already assessing their options for compensation from any academy restructuring.The academy structures form part of the heads of agreement deal struck between the RFU and the clubs.

Wasps could in theory have a new academy base in Coventry ratified in time for next season then, should the RFU and Premiership Rugby strike a deal across the summer.

The Coventry-born playmaker hailed Wasps' impending deal to take control of the Ricoh ground as "exciting times" on Twitter, only to receive a mixed response.

The former Leicester and England half-back asked for patience from Wasps supporters as the club prepared to detail plans of their Coventry switch in a press conference on Wednesday morning.

Goode came in for online flak in tweeting his support for Wasps' aim to switch home games from Wycombe's Adams Park to his home town of Coventry.

"To the Wasps Rugby fans who are upset, I understand but all will become clear and please stay with us, to the abusers you're not real fans," Goode posted on his Twitter account.

Wasps intend to relocate their training ground from Acton in west London to a new Coventry base, once their deal to share the Ricoh with Coventry City is complete.

The Rugby Football Union (RFU) also confirmed its Professional Game Board (PGB) has also signed off on Wasps' stadium switch, ratifying that the Ricoh Arena meets the Premiership's minimum standards for stadium criteria.

More than 2,000 Wasps fans have now signed an online petition aimed at keeping the club in the London area.

"We understand this is an unsettling period for our supporters and we will be holding a series of meetings for our season ticket holders where we can speak face-to-face to explain our decision and to address their concerns," reads part of Wasps' statement.

Wasps can switch their home ground and training facilities without altering the boundaries of their RFU-backed academy set-up.

Wasps would need RFU and Premiership Rugby permission to relocate their youth set-up to the Coventry area, an undertaking complicated by the fact academy structures form part of the heads of agreement contracts.

The RFU and Premiership Rugby heads of agreement deal covers everything from academy boundaries to England player release, and the existing terms are not due for renewal for 18 months.