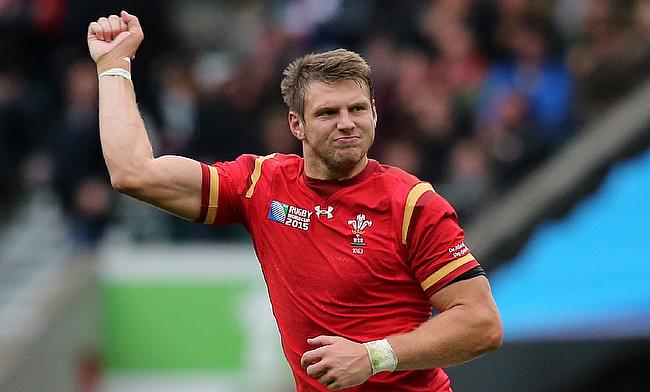 Wales will make a fitness call on the injured Dan Biggar later in the week for their RBS 6 Nations match against Scotland.
©PA

Wales will decide whether outside-half Dan Biggar is fit enough to play against Scotland later this week.

Biggar was forced off in the first half of Sunday's RBS 6 Nations 16-16 draw with Ireland in Dublin with what coach Warren Gatland described as a "high ankle sprain" and there were fears the 26-year-old could be out for some time.

But a Welsh Rugby Union statement said on Tuesday: "Dan Biggar has made excellent progress with his recovery following the ankle injury. Indications are it is not considered long term.

"Decisions over his availability for this weekend to face Scotland will be made later in the week."

Rhys Priestland replaced Biggar at the Aviva Stadium and the Bath outside-half provided 11 points with the boot.

But Biggar's absence for the Scotland game in Cardiff on Saturday would represent a huge blow, as the 26-year-old Osprey was probably Wales' best performer at the Rugby World Cup last autumn.

The Wales squad meet back up again at their Vale of Glamorgan base on Wednesday ahead of meeting a Scotland side who lost their Six Nations opener to England, 15-9 at Murrayfield.

Gatland had been scheduled to name his side on Wednesday but that is now set to be pushed back to Thursday as Wales wait to see how Biggar's ankle responds to treatment.

Full-back Gareth Anscombe should be fit for selection after missing out in Dublin.

Anscombe was selected to start the game but withdrew because of a tight hamstring and was replaced by Liam Williams.

However, Scarlets full-back Williams could retain his place as Wales go in search of a ninth consecutive victory over Scotland.