Wales international Jamie Roberts to switch from Harlequins to Bath 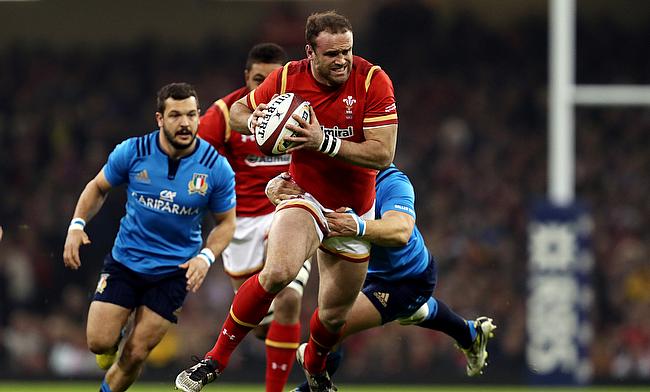 Bath Rugby have confirmed that Wales international Jamie Roberts will join the club from the Aviva Premiership rivals Harlequins at the end of the ongoing season.

Roberts made his professional rugby with Cardiff Blues in 2007 and switched to Racing 92 in 2013 before joining Harlequins in 2015 and has featured in 35 Aviva Premiership games.

In a statement, Quins rugby director John Kingston said: “Jamie has been a model professional throughout his time at the club.

“After much thought and reflection, it was decided that we would not be able to offer him a contract extension at the end of the season.

“His experience, focus and determination will be missed, but I have no doubt whatsoever that he will remain fully committed to the club until the end of the season.”

Roberts has played 97 Tests including three for British and Irish Lions but has dropped out of contention in Wales' ongoing Six Nations campaign with his last appearance for Warren Gatland's side coming during the autumn international clash against New Zealand last year.

“He is a player with vast experience with two Lions tours and close to 100 caps for his country under his belt. We are delighted to bring someone of his quality to the club, and I know he will make an instant impact when he comes in this summer.

“He is hugely respected, both on and off the field, and it’s those qualities which make this a really significant signing for the club.

“Not only that, but he is hugely ambitious and I believe that both Bath and Wales will reap the rewards from this move.”