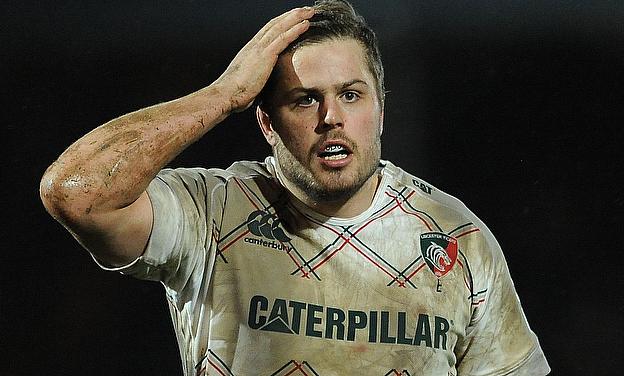 Ed Slater will captain England against the Crusaders on Tuesday
©PA

Robshaw Eager to End Series on High
All Blacks to target Tuilagi
Which Rugby Players would you take to the Football World Cup?
Lancaster Makes Changes as Manu Mans the Wing

Eleven capped players have been named in a starting XV that features Danny Cipriani at fly-half for Tuesday's clash with Super 15 franchise the Crusaders.

Successive narrow defeats in Auckland and Dunedin have seen the All Blacks build an unassailable 2-0 lead in the Test series and England are determined to salvage some pride at Waikato Stadium.

To aid their cause, head coach Stuart Lancaster has stressed to a midweek side the need to start building momentum against the Crusaders in their solitary tour fixture.

"This is a big opportunity and Stuart has spoken about lifting the spirit," said uncapped Slater, who captains the team.

"We're under no illusions about what's happened - we've lost the last two games and this is a chance for us to lift the spirit in the camp.

"We've been close in the last two Test games and guys are really eager to make their mark in this game.

"Our focus first and foremost is to play well as a team, but we definitely need to get that win."

The omission of Kyle Eastmond from the 23 confirms the Bath centre is in serious contention to replace Billy Twelvetrees, who is struggling with an ankle problem, in the third Test on Saturday.

Cipriani's inclusion at fly-half points to a growing appreciation for the Sale playmaker among England's management.

He keeps Stephen Myler on the bench despite having been behind his Northampton rival in the pecking order before departing for New Zealand.

Bath rookie Anthony Watson, alongside centre Henry Trinder the only uncapped player behind the scrum, has been given a start on the left wing with Lee Dickson at scrum-half.

Slater's lack of Test experience has not prevented him from being asked to lead the team with Alex Waller, who scored the Aviva Premiership title-winning try for Northampton, at loosehead.

The presence of Dave Attwood and James Haskell in the second and back rows adds beef to the pack, while Matt Kvesic has a chance to claw back some of the ground lost on Chris Robshaw at openside.

"We have a competitive squad and a big squad and that's the reason we've brought so many guys - to have a look at them in training and to play in this game," forwards coach Graham Rowntree said.

"People like Ed have been excellent to work with - they've been patient and this is their big stage.

"We haven't yet finalised things for the final Test, so there is a lot to play for."