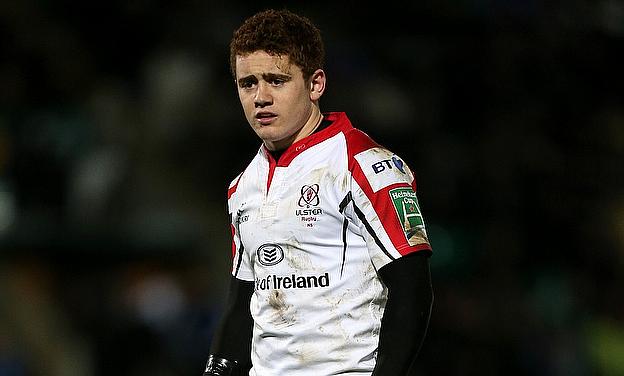 Ulster surged further ahead at the top of Heineken Cup Pool Five after they secured maximum points from a 35-3 victory over Benetton Treviso at the Stadio di Monigo on Saturday afternoon.

The 1999 Heineken Cup winners scored four tries to claim a bonus point against the Italians for the second week running following the 48-0 thrashing in Belfast seven days ago.

Ulster never looked like losing their unbeaten record once Marshall crossed two minutes before the break but they left it late to grab the bonus point when Payne dived over with not much more than a minute remaining.

Ulster started brightly as they looked to take the game to Treviso early on but they only had a 10th-minute penalty from Paddy Jackson to accompany their enthusiasm.

Alberto Di Bernardo levelled the scores just before the half hour with a straightforward penalty but the pivotal moment came two minutes before the break when Marshall touched down out wide for the first try of the game.

Payne's beautifully weighted chip ahead bounced perfectly for the inside centre and he did enough to squeeze in at the right-hand corner.

Jackson was off target with the conversion attempt but he ensured Ulster were two scores clear at the break as he struck a second penalty with the final play of the half.

Leading 11-3 at the start of the second period, Ulster moved further ahead thanks to a third strike from Jackson just six minutes in.

Brilliant interplay from Ruan Pienaar and Darren Cave then created a chance for Ulster out wide and Treviso full- back Brendan Williams was subsequently sinbinned for a deliberate knock on.

Ulster initially came away with nothing but they were soon celebrating a second try as the extra man told and Gilroy touched down out wide. Jackson sent over the impressive extras and Ulster were home and dry at 21-3 up with just over 16 minutes remaining.

Things got even better for Ulster almost immediately as Luke McLean saw yellow for offside after 67 minutes and Diack made him pay by burrowing through just 30 seconds later. Jackson again converted - this time from a far easier angle - and Ulster were 28-3 to the good, with 11 minutes left to find the bonus point score.

That came at the death when Andrew Trimble put Payne over to ensure Ulster head into rounds five and six in good shape to qualify for the knockout stages for the fourth year running.