Tuilagi ruled out of Six Nations 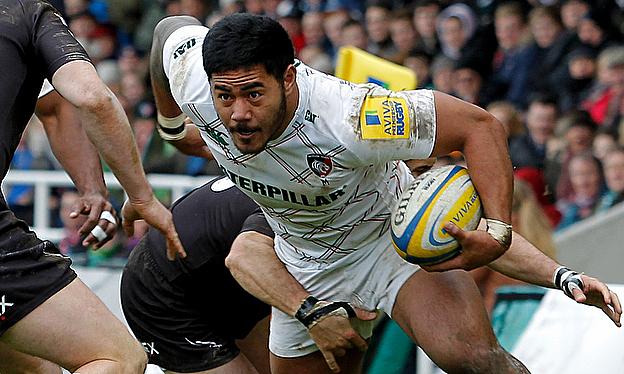 Manu Tuilagi will miss England's RBS 6 Nations campaign after the Leicester centre revealed his recovery from a groin injury was progressing slower than originally thought.

Tuilagi missed the autumn Tests while he recovered from the problem that has sidelined him for much of this season.

England head coach Stuart Lancaster said at the end of November that Tuilagi was the player who could make a key difference to his team.

But Lancaster faces the prospect of being without the powerful Leicester man for at least a large part of the championship ahead, which for England begins against Wales on February 6.

Discussing his recovery, Tuilagi told several national newspapers: "It's slow. I had three prolotherapy injections - sugar - to try to bring the pubis back together.

"It's slow but it's getting there. No one's really sure how long it's going to take. When it first happened even the doctor said it would be six to eight weeks."

That period has already elapsed and now 23-year-old Tuilagi is prepared to wait until the right moment to make his return.

"I'm not sure. With this you have to just take it day by day and make sure it's better before you try to come back," he said.

"There are good days and bad days. Some days it feels brilliant and you wake up the next day and it doesn't feel so good.

"[The end of February is] ideal but I have to get this right. It's not like a sprained ankle where you can strap up and get on with it. I have to make sure that, if I need to take another week or two, I'll take it."

England are World Cup hosts this year and would want a fully fit Tuilagi in prime shape for the autumn tournament.

"The World Cup is in the back of your mind," said Tuilagi. "But for me I'm not worried about anything else but trying to get fit and then playing for Leicester and hopefully for England."

The news comes just over 24 hours after confirmation that Northampton lock Courtney Lawes would miss "the first few weeks" of the tournament, and with Lawes' second-row colleague Joe Launchbury absent altogether.