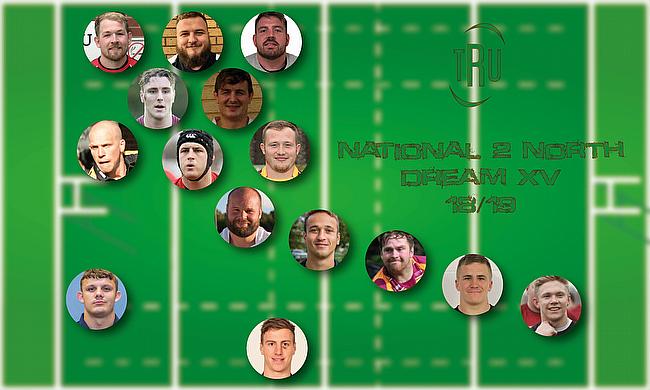 Hull Ionians secured an immediate return to National One after clinching the National Two North title while Chester finished just four points behind in second after a wonderful season.

Obviously, it means the top two sides do have a contingent in TRU’s National Two North Team of the Season. Hull’s Lewis Minikin had to be included as the centre ended the campaign as the division’s top points-scorer whilst second-row Joe Makin has also been chosen.

Selected from Chester are captain Collin Campbell and No.8 Shay Owen, who is in a back-row which contains Huddersfield’s Lewis Bradley and Hinckley’s Gareth Turner.

Sedgley Park’s Bob Birtwell partners Makin at lock whilst in the front-row, Campbell and Otley’s Jason Moss are either side of Stourbridge’s Jack Lea.

In the backs, James Gough of Preston Grasshoppers and Jack Blakeney-Edwards (Wharfedale) are at 9 and 10 respectively whilst on the wings are the impressive duo of Morgan Passman (Tynedale), who scored 31 tries this term, and Fylde’s Tom Carleton.

Completing the team are centre Matt Riley as the Sedgley Park man yet again produced an excellent season while Leicester Lions’ Alex Wilcockson has been named at full-back.

Below is our Team of the Season plus some notable mentions: