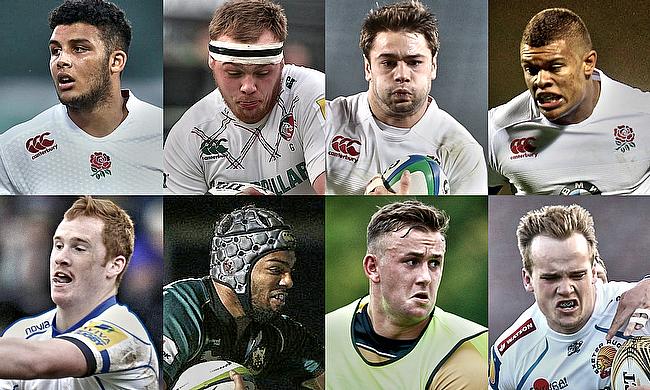 With the summer international tours now over, focus has already begun to swing back on the looming 2016/17 Aviva Premiership season.\

Preseason programs have begun at most clubs and new signings will shortly be mingled in with returning international players and clubs will be back at full-strength before long.

That influx of players back to clubs will limit opportunities in training for youngsters who have spent the last week or two attempting to make the breakthrough.
We’ve come up eight transfers we would love to see happen that would benefit both players and clubs alike of the forthcoming ‘16/17 season.

Lewis Ludlam to Wasps
The Northampton flanker was one of the driving forces behind England’s march to the final of the World Rugby U20 Championship last year but with Tom Wood, Teimana Harrison, Jamie Gibson and Calum Clark all ahead of him in the pecking order, Ludlam could struggle for playing time at Franklin’s Gardens. He is very adept over the ball and that is still a rare skill in English rugby, making him a highly-prized asset to other Premiership clubs. A move to Wasps, who have just lost George Smith, could see him compete for regular playing time.

Charlie Beckett to Sale Sharks
It is bordering on cruel to suggest that a passionate Liverpool fan such as Beckett move so close to Manchester but with Leicester Tigers investing heavily in their pack resources over the last season, Beckett’s physical approach to the six jersey could see him flourish at Sale, where Magnus Lund has just turned 33 years of age. Conditions aren’t always favourable in the North-West and having a powerful ball-carrier who can guarantee front-foot ball is a nice ace to have up the sleeve.

Henry Taylor to Harlequins
Taylor provided the spark in the England U20 side that won the Junior World Championship in 2014 and was every bit as impressive as Maro Itoje and Nathan Earle in that tournament. Neil de Kock’s retirement will hopefully open up opportunities in North London for Taylor but if not, a move to Quins would see him afforded plenty of opportunities behind Danny Care. The scrum-half impressed at the recent World Club 10s tournament in Mauritius, including running a move that reversed play three times and led to a very well-worked try.

Nathan Earle to Bristol
Promoted teams need tries to survive and an explosive winger like Earle could help deliver Bristol plenty of them. Injury initially prevented Earle’s breakthrough at Saracens following a stellar showing at the 2014 JWC but with sevens stars like Mike Ellery and Savenaca Rawaca brought in since then, opportunities will be hard to come by at Allianz Park. With a high-stepping running style that bears resemblance to Israel Folau and an agility and turn of pace that is reminiscent of Jason Robinson, Earle is too precious of a talent to not have an opportunity in the Premiership.

Rory Jennings to Newcastle Falcons
With George Ford, Rhys Priestland and Adam Hastings all ahead of him in the pecking order at Bath – and Bath clearly indicating Hastings is the young fly-half they want to develop – a move for Jennings seems the best chance he has of featuring regularly in the Premiership. English fly-half stocks are in particularly good shape right now but at Kingston Park Jennings could spend a season learning under the 34-year-old Mike Delany before making the shirt his own.

Jordan Onojaife to Saracens
Itoje and George Kruis are England’s favoured combination in the engine room and Alistair Hargreaves is coming off a season-long injury, potentially creating an area of need at lock for the English and European champions. Northampton are well-stocked with second rows and a move south would likely increase Onojaife’s playing opportunities. Onojaife would provide Saracens with a more athletic option than what they currently have at their disposal with Hargreaves and Jim Hamilton.

Will Stuart to Gloucester
Stuart has a bright future at Wasps and is the only player on this list still playing U20 rugby, but like Paul Hill, is a tighthead prop capable of stepping up from U20 to senior club rugby immediately. With Jake Cooper-Woolley already on the books and Martin Moore arriving from Leinster, Wasps have a solid array of options at the position. Gloucester, meanwhile, have been searching for scrum dominance for years now, with little success, and Stuart could be a young asset that they could build around moving forward and rediscover the set-piece proficiency they have been missing.

Stuart Townsend to Bath
Will Chudley is well-entrenched as Exeter’s starting scrum-half and with a strong possibility that Brumbies and former Australia U20 star Michael Dowsett could be joining him in the South-West, Townsend may be well-served by looking elsewhere for his senior opportunities. Bath have just signed Kahn Fotuali’i but at 34 years of age, he is not the long-term answer at the position that the club are looking for. Townsend offers a dual-threat at nine and could develop a nice chemistry with Ford over a number of seasons.