Tom Grabham Column: Biggar can be 'The General' for Wales 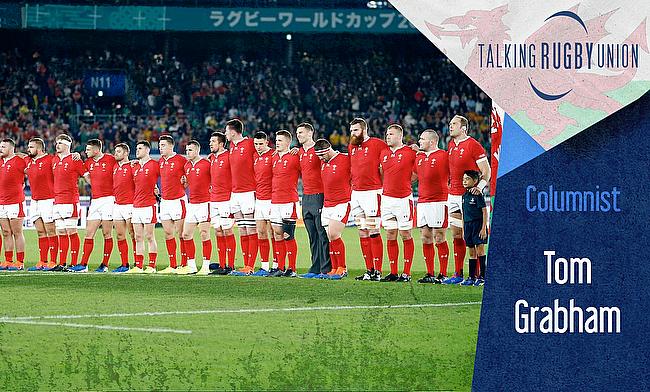 In his latest TRU Six Nations column, Tom Grabham reflects on Wales’ loss to France and discusses Saturday's clash against England, the influence of Dan Biggar and the importance of the breakdown.

Key moments and decisions took momentum away from Wales

It was always going to be a close game two weeks ago against France. I just think they probably got the bounce of the ball early on and a couple of poor errors from Wales didn’t help them.

A couple of aerial battles also went France’s way and they ended up capitalising on that. Moments such as key interceptions in the second-half just completely took momentum out of the game for Wales. If you score against the grain like that, it is always difficult.

Also, I am not often one to sort of criticise the officiating but there were a couple of moments in that game that didn’t go Wales’ way at all.

That moment when pressure was coming at scrum time having just won four penalties in a row and a yellow card, to suddenly then see the tide turn, was a bit suspect in my eyes. I don’t know too much about scrummaging, but that was disappointing!

Obviously, the knock-on which may or may not have prevented a try was, at minimum, a penalty to Wales so it baffled me with all the resources that we have got, how that on-field decision couldn’t be reversed. It was a clear and obvious penalty in my eyes if not more. With some decisions not going your way like that, it is tough to claw back. There were, however, positives in Wales’ game so they will obviously be looking to build on those when they are back in the Six Nations arena this weekend in what is going to be a tough game for them.

Results may not have gone our way, but you can’t question Wales’ attitude

You really don’t need any extra motivation for this one against England. Coming off a loss, I don’t think Wales have lost back-to-back often in a major tournament so they will look to bounce back from that.

There is always an edge going into camp for a week like this so looking to avoid another defeat means I think Wales will come out firing even more.

The result against France may not have gone the way Wales wanted, but some of the performances were excellent. If you look at Alun Wyn [Jones] and Tips [Justin Tipuric], they made a combined 45 tackles in that first-half which is just insane.

You’d be pleased with those stats after 80 minutes let alone 40! It just goes to show there is no shortage of desire out there because the work some of them are putting in is incredible. If they can build on that, they can go into Saturday confident.

A major tournament is always tough and the players are all aware there are no easy games. I think the fact the result didn’t go their way against France at home will lift their intensity more than the actual fixture in a way. Saying that, we all know what a Wales/England Test match can be like so both teams will be ready to go for the weekend.

Wales are underdogs at Twickenham – Biggar could hold the key….

I’d say they are obviously underdogs. I think it is tough. You look at who Wales have and who they have out and Dan Biggar is one of those key personnel. It is a massive boost he is fit. He is a world class operator at 10 at Test level and he reads the game so well. He is an absolute general on the field as well so going away from home to Twickenham, if you are without him, it would have been a massive loss.

Against England, you need to play in the right areas and Biggs is very good at doing that. He kicks well when he needs to and he is one of the best at executing that under immense pressure. That is not to say if Biggs was out, that whoever would have come in wouldn’t have risen to the challenge as well. Jarrod Evans has been superb for the [Cardiff] Blues for the last 18 months so he will be chomping at the bit to get an opportunity.

He is very much an attacking 10. What he might lack in experience at that level, he does represent opportunity elsewhere as he brings something different to Biggs. Obviously, it is great to have Biggar fit, healthy and ready for a game like this.

Breakdown will be crucial

If England’s backrow is given license to operate the way they do, it could be a long afternoon for Wales. I am pretty sure Tips will be able to put in a good shift! He is only human so he can only do so much so the team will have a big focus on that breakdown. The aim will be slow down their ball, but also, making sure we don’t have the same problem when we are attacking as well. It will be a fascinating battle and that is always exciting.

England’s back-row is very balanced and they have got variety, but we have got quite a good mix as well. We have some good ball carriers so if they can get good go forward early on and handle England’s threat at the breakdown, it should present an opportunity elsewhere.

Of course Wales can do it on Saturday. They have gone there before, won there before and a lot of the guys have played in these big Tests so I don’t see why Wales can’t get a result!