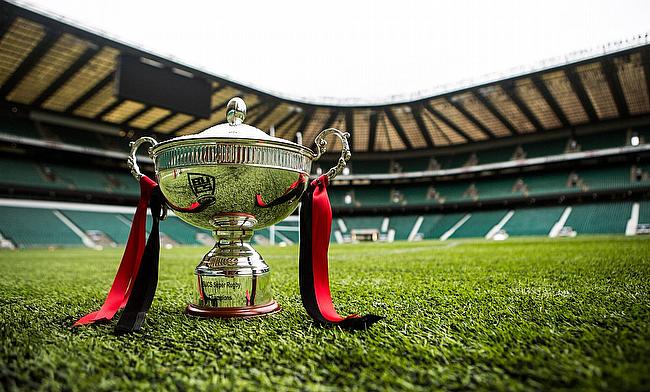 Ruaridh McConnochie – How university rugby helped me achieve Olympic success
Moloney inspires leaders Northumbria to victory
University Rugby is developing across the country with links to Premiership, Championship and National Leagues
Northumbria battle back to stay on top

Northumbria University missed the chance to clinch the BUCS Super Rugby title as Durham University edged out their North East rivals in a riveting contest at Durham City RFC.

Darren Fearn’s side could have been crowned champions on Wednesday night after Cardiff Met’s pulsating victory over second placed the University of Exeter, but they failed to take the opportunity meaning the race for top spot goes down to the final round in the domestic season.

Just two points separate Northumbria and Exeter, but despite Cardiff Met being five points behind the leaders, they cannot win the league next week.

Elsewhere in BUCS Super Rugby, Hartpury have given themselves hope of reaching the top four after beating Leeds Beckett, while Loughborough are also in the race for that all important fourth spot following a narrow victory over Nottingham Trent.

Below is a round-up of all the BUCS Super Rugby results plus a review of the league and cup action.

Chris Johnston darted over for a late try as Durham University edged out BUCS Super Rugby league leaders Northumbria in a thrilling encounter.

Ben Stevenson touched down for Alex Keay’s side in the first half following a superb kick from Paddy McDuell, but the hosts did trail 19-10 at the break.

Scores from Yaree Fantini and Oli Robinson (2) coupled together with some indiscipline from Durham, gave Northumbria the advantage at the start of the second period.

Charlie Norman was able to land two penalties for Durham, but Ed Coulson nudged over three points to keep Northumbria ahead.

Durham then took the lead in this encounter as Johnston scored his first try of the evening, but Will Muir’s 13th score of the season looked to have won it for Darren Fearn’s side.

But, Johnston’s late effort stole the victory for Durham to leave Northumbria rueing a missed opportunity to clinch the BUCS Super Rugby title.

Cardiff Met denied the University of Exeter the chance to move to the summit of BUCS Super Rugby as they came from behind to win an enthralling contest.

Tries from Jack Rouse and Felix Maddison as well as a penalty via the boot of Ted Landray put Exeter in front, before Cardiff Met responded in the second half.

Tom Morgan added a penalty to Luke Northmore’s first half try to cut the deficit to seven points before scores from Ben Williams and Aled Evans gave the hosts a slender three-point advantage on the hour.

The away side hit back with a close range score to give them the lead, but a late penalty from Met denied Exeter the win in Wales.

A penalty try and a score just before half-time helped Hartpury into an 18-3 lead at the break, with Kieran Davies responding from the tee for Beckett.

Leeds Beckett’s first try of the match from close range cut Hartpury’s advantage to eight points, but the visitors were able to see the game out comfortably.

After four wins from their five games in 2018, Hartpury are now four points off fourth placed Leeds Beckett with two matches remaining in their season.

Loughborough University ground out a narrow but important win over Nottingham Trent University to edge closer to the top four of BUCS Super Rugby.

A late penalty from Matt Travers at Lady Bay was enough for Loughborough to clinch a victory.

After a delay due to issues with the floodlights in the Midlands, Seb Cecil cancelled out Loughborough’s opening score to level the game up at 7-7 heading into the second half.

But Travers took his opportunity from the tee to move Gerard Mullen’s side level on points with fourth placed Leeds Beckett.

The final round of fixtures in North A and South A took place this week as all 16 sides prepare to enter the BUCS Vase competition. In the North, the University of Nottingham confirmed their third placed finish with a 12-9 victory over Bishop Burton College while in the South, champions Cardiff University ended their domestic season with a 37-17 win over USW. Meanwhile, Swansea University edged out the University of Bristol 29-26 and Bath 2nds beat UWE 36-19.

Due to a few teams being in cup action this week, there was only one match taking in North B and it saw the University of Strathclyde beat Loughborough 3rds 33-24 in the Midlands. There was also just the solitary game in South B and Hartpury 3rds certainly didn’t disappoint as they thrashed the University of Southampton 100-0 to be crowned champions.

The University of Liverpool boosted their hopes of clinching the Northern 1A title after they eased past the University of Hull 44-0. Added to that, league leaders Sheffield Hallam University were narrowly beaten by Newcastle 2nds 28-25 meaning there is now a five point gap between the top two. Meanwhile, there was just one fixture in Northern 2A this week as Keele University closed the gap on table toppers Manchester Met to seven points thanks to a 38-0 win away at Bangor University.

In Northern 2B, Newcastle 3rds stayed at the summit after a narrow 20-19 victory over the University of York while Leeds 2nds’ home fixture with Sheffield 2nds was postponed.

Elsewhere, third placed side the University of Chester beat Manchester 3rds 10-7 in Northern 3A and in Northern 3B, Leeds 3rds against York 2nds was called off. There was also just the one game in Midlands 1A as Nottingham Trent 2nds clinched a 24-14 win over Coventry University.

North B league leaders Leeds Beckett 2nds are through to the semi-finals of the BUCS Men’s Trophy after defeating the University Glasgow 31-20 in Yorkshire. Beckett are the only North B representative in the last four after the University of St Andrews were beaten 34-10 by Northern 1A side the University of Sheffield.

Exeter 3rds also advanced as the South B outfit claimed a 17-5 win away at St Mary’s University while Cardiff Met 2nds were on the wrong end of an upset as they lost 36-12 to South Eastern 1A champions Reading University.

In the BUCS Men’s Midlands Conference Cup, defending champions De Montfort University are out after losing 29-10 at home against Midlands 2A side Nottingham Trent 3rds. Trent will take on Oxford Brookes University in the final at the start of next month after they comprehensively beat Harper Adams 2nds 67-0.