Rugby news from 7s tournaments can be a fluid affair, changes in times, pitches, team withdrawals and player swaps are common. The World Rugby 7s Series sees none of that on pitch 1, at the Dubai 7s.

On pitches 7 & 8 the scene is very familiar but the atmosphere is all about the rugby, crowd favourites include Wyvern Harlequins, JoiningJack and J9.

The Gulf rugby scene is in rude health, plenty of expat teams in the Gulf Leagues, girls teams, schools and college teams. The boys final one of the highlights of the tournament with Dubai English College taking the prize. Great skill, high intensity and pace; a positive advert for youth rugby in the region. We look forward to bringing you more Gulf Rugby with our friends The Gulf Rugby Paper.

Plenty of rugby fans enjoyed the World Series' 16th or guest team, Uganda proving they deserve a place on the world stage with outstanding performances over two days, a classy performance versus USA and a fine victory versus Japan.

Surprisingly, the local rugby fans find it hard to cheer for the likes of Australia but their was immense support for Kenya, Scotland and Wales. The fans do know how to enjoy the party that is Dubai 7s. 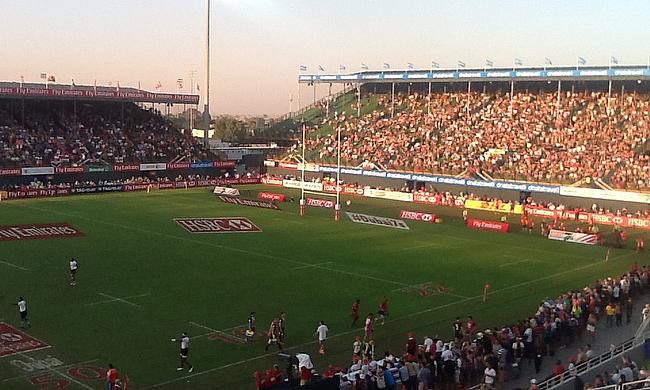 Across the tournament there is a strong South African, Irish and English contingents of players and supporters. The South Africans making a big impression, perhaps surprising given the plight of their national 15 a side team.

The French had a strong showing. Their U19 Boys taking the trophy against a spirited South African Schools team. The question for Adidas though; is the kit supposed to look like dungarees or a French peasant look.

The International Legends 10s Final going to the J9 Legends versus the Dnata Bali Legends. Earlier in the day the J9 Legends used their speed out wide to confound Irish Defence coach Andy Farrell and his Scottish coaching mate, Nathan Hines, playing for that formidable Wigan charity, Joining Jack.

Frustrating for a rugby media outlet that covers rugby with a unique twist, the media team at Dubai 7s were not able to assist on either Friday or Saturday. They provide a media gantry with no wifi. "I'll get one of the technicians to help out" was the best they could do. In the end no change, no help. World Rugby want to get the game to a global audience, if they cannot allow free to air young media organisations the professional courtesy of feedback, and some help, then they risk being accused of chasing the money from pay to view TV. The gantry was the perfect viewing position for the media. Additionally, the data produced by World Rugby allowed the media to provide a global fan base with the best information.

At TalkingRugbyUnion, the strategy is to showcase and encourage young players and journalists, during the RWC15, there was positive help and interest. It's unfortunate this was not replicated for World Rugby Sevens Series.

South Africa looked good at all levels but their performances in the World Rugby Sevens Series were formidable.

Wales were also looking good with four debutants in their midst, that was until they met South Africa in the Cup semi-final. The Blitz was all encompassing as the South Africans ran out the winners 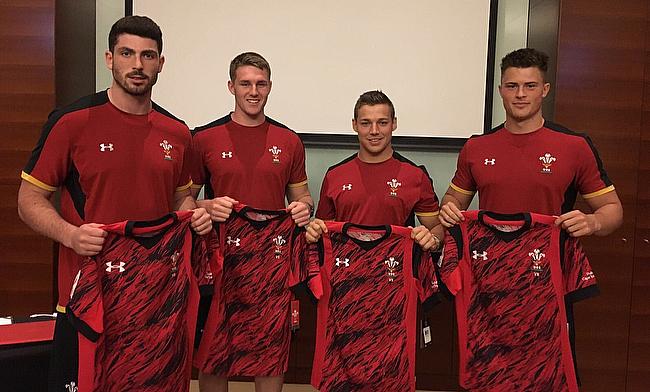 More South African influence as SA 7s academy took on England's young guns The Royals. Encouraging to see the senior South Africans remained pitch side, after their semi to watch. The final result was 17-7 to the Royals with Callum Sirker showing that rare combination of skill and pace. The full England team on hand to congratulate the Royals plus after receiving their trophy, they were allowed a can of Heineken.

England couldn't live with the second half showing of Fiji, a similar 7 minutes to that we witnessed in the Rio 7s final. That led Fiji to the final against South Africa. The bronze medal final matched up Wales v England.

Only two weeks ago Wales had travelled over to the Lensbury Club for training games against England. The bronze final going to England, 38-10 with Dan Norton running in tries galore to head towards Ben Gollings record for England.

The South Africans go to their home tournament in Cape Town with a Gold medal win. They took it 26 to 14.

A great 7s event, a fabulous location and well organised. Too many highlights to share but the Scottish team played some of the most skilful and entertaining games over the two days. Their quarter final loss to England was nail biting, with Ruaridh McConnachie scoring the winning try for England well into added time. Sentimentally it was humbling to see Stefan Andrews {Wales debutant} and McConnachie on the same pitch for the semi finals; both played for our 7s team at the Heineken Kinsale 7s.

Brought to you in collaboration with www.brightsuntravel.com