Behind the scenes at the Emirates Dubai 7s with UR7s.com 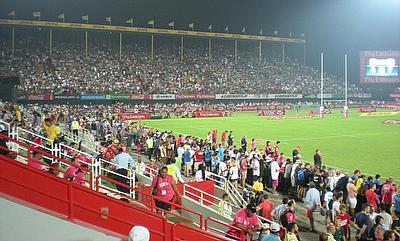 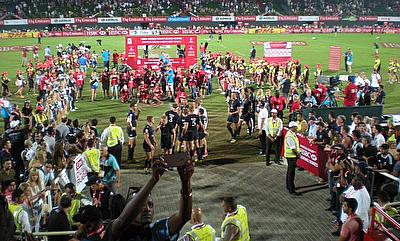 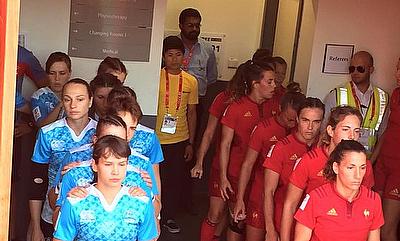 The rugby union world is in rude health it would seem. The historic, against the odds, victory by Ireland in the USA versus the mighty All Blacks. The Rio 16 Olympics triumph for Fiji in the Rugby 7s. The emergence of women’s rugby as one of the world’s fastest growing team sports.

World Rugby has a new Chairman, in Bill Beaumont and next week he will reveal his vision for the organization and the sport in London on 14th November. Beaumont said recently; “these are exciting times for rugby. Set against a backdrop of record participation and fan growth, the sport continues to develop and thrive in existing and emerging nations.”

World Rugby have used the World 7s Series to great effect and global locations that include Hong Kong, Las Vegas, London and Dubai leave a lasting impact. The 2017 series kicks off in Dubai at the beginning of December and together with our partners Gulf Rugby Paper and www.brightsun.co.uk we will be there to provide our take on the event. In the build-up there is great rugby activity and coaching on the ground is an important constituent.

Ultimate Rugby 7s (UR7s) would be expected to be an organisation to be involved with Dubai 7s, starting in 2008 with the sole aim of developing the game 7s they have worked now in over 30 countries.

Taking advantage of Dubai’s international invitation events, UR7s last year brought a Wanderers side including a rehabilitated Thom Evans and won the International Open, this year they are back again to defend their title.

This year’s team has been announced and included an impressive line-up of experienced International caps with 3 from England, 2 from Kenya and one each from Spain and France.

UR7s originally just wanted to grow the game, but as Tom Burwell of UR7s explains; the group now look to give athletes of all backgrounds the chance to become Olympians or at the least give them the chance to feel like professional athletes though participation. They achieve this through all our projects from Beach Rugby through to Collegiate Development Programs in the USA.

So, this year in Dubai, as well as competing in the Sevens Stadium they are using the tour to do some rugby coaching in local schools on Monday and Wednesday and as well as hosting a training session at Dubai Sports City for Emirati Schools on Tuesday.

The coaching session’s tour at several schools in Dubai will include many World Series players and Tom is expected to unveil a very exciting sports Academy in the area for the New Year.