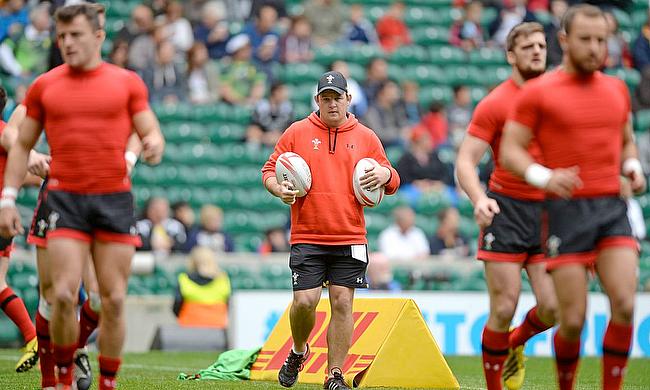 It has been a disappointing few seasons for Welsh rugby sevens.

The last three circuits have seen Wales tread water in the bottom third of the World Series standings with an 11th place finish in 2013-14 being followed by two consecutive 12th place finishes in the last two World Series circuits in 2015 and 2016 as the team looks to recapture the form that made them Rugby World Cup Sevens champions in 2009.

But through the first two rounds of the 2016-17 World Rugby Sevens Series, it appears that there might quite possibly be a resurgence on the cards for The Dragons.

Admittedly if the first two tournaments in Dubai and Cape Town respectively have proven anything, it is that there is a clear divide between those at the top – South Africa, England and Fiji – and the rest of the trailing pack.

But Wales’ fourth place finish at the Series’ opening venue in Dubai, which netted them a healthy fifteen points in the standings, coupled with an admirable seventh place showing in Cape Town (which resulted in a further ten points) see Wales, at a fifth of the way through the overall tournament, sitting pretty in sixth, only two points behind New Zealand and Scotland (both of whom are tied for fourth place on 27 points) and seven clear of Australia, their immediate rivals for a top-six berth.

Despite a relative meagre offensive showing thus far (ranking 13th for both tries and points scored out of all sixteen teams) it has been the Welsh’s stringent defence which has been the focal point of their triumphant outings thus far and led by an efficient operator in Ethan Davies – who leads the team with six tries and sixty-six points total, Wales have done a superb job of suffocating offences (no mean feat in the free-flowing format of sevens).

In Dubai, a second-place pool finish behind Fiji with wins over Argentina and Canada, followed by an impressive 21-12 victory over Australia saw the Welsh line up against the Blitzboks of South Africa in the Cup semi-final only to be overrun by the eventual tournament winners, 36-5. And the disparity between the three tournament favourites was on display again with the Welsh soundly beaten to the tournament’s bronze medal by England, 38-10.

Wales, however, were unable to replicate their impressive season-opening showing a fortnight later in Cape Town. Another second-place pool finish (this time behind Scotland, despite clinical wins over Uganda and Samoa) meant a re-match against South Africa in the tournament quarter-finals only for the Blitzboks to re-affirm their superiority over the Dragons, nilling Wales and scoring 33 points themselves in the process. And the Welshmen’s poor run of form against African sides continued following their relegation to the fifth-place play-off, being beaten in the semi-finals of that mini-competition 19-14 by Kenya, thus resulting in their overall seventh place finish.

However as focus turns to the upcoming tournament in Wellington, Wales remain in a strong position. Given their recent struggles, to be in contention for the top-half of the World Series table –even at such an early stage - represents a marked improvement as the country looks to regain its place among the heaviest hitters of World Sevens. The question now centres around whether the Welsh can continue their resurgence and propel themselves back to prominence among the tournament favourites.