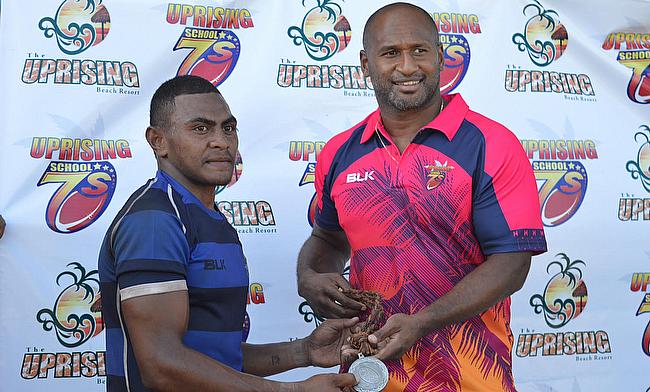 Lelean Memorial School will return to the Uprising Youth 7s in Sigatoka eager to show that their success in 2016 was not a one off.

LMS head to Lawaqa Park as defending champions having beaten Tuva Youth 17-14 in the final of the inaugural event in January.

The youth division - a shared vision between the Mana Whey Fiji Coral Coast Sevens and Rene Munch, owner of the Uprising Fiji Beach Resort - has quickly become the richest tournament of its type in the region.

"We are excited to see the finest youth teams in Fiji heading to the Uprising Youth 7s to be played as part of the Mana Whey Fiji Coral Coast Sevens in January," said founding Chairman Jay Whyte. "The Uprising Youth 7s will boast a first prize of $7500 and provides our young players the very best platform to display their skills."

"With the next Olympic Games being in Tokyo 2020 we know how pivotal the identification of the next generation of sevens stars is."

Joining the Lelean side in the 16-team competition are renowned teams like Marist Brothers High School, Ratu Kadavulevu School and Cuvu College.

Whyte expects that the inclusion of overseas youth teams from 2018 will strengthen the division and create a headache for the Fijian sides wishing to be crowned the youth champion of the South Pacific.

"Our goal is that the Uprising Youth 7s champion will automatically qualify to compete at our partner tournaments in Australia - the UON Central Coast Sevens - and the Samoan Independence 7s,” he said.