The 2017 Lions Tour Schedule Needs to be Fixed 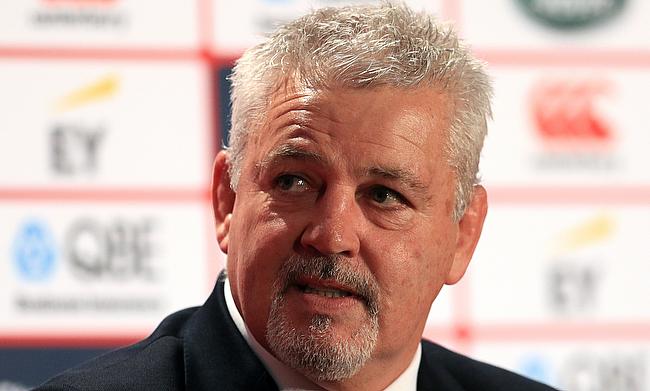 As debate continues to rage over proposals to expand the Premiership to a ten-month season , the introduction of a global season and the effects both will have on player fatigue, burnout and increased injury risk, the schedule for the British and Lions 2017 tour to New Zealand raises a couple of eyebrows.

The Schedule is as follows (test fixtures against New Zealand bolded):

To start, there is once again a disappointing and conspicuous omission of any fixtures being played on the Pacific Islands which neighbour New Zealand, despite the redemptive strides being made by Super Rugby sides in recent seasons.

Indeed, Super Rugby’s scheduling of last weekend’s Crusaders-Chiefs game in the Fijian capital Suva and the forthcoming Blues-Reds fixture in Samoa’s capital Apia, as well as the 2015 New Zealand–Samoa test also hosted at Apia Park, stand as a stark contrast to the Lions’ snubbing of Fiji’s offer to play their national side as part of the 2017 tour. The Lions have played on the Pacific Islands only once, losing 25-21 to Fiji in Suva as part of the 1977 tour.

Whilst admittedly long overdue, the All Blacks visit to Samoa in 2015 as well as the initiatives being taken by Super Rugby are exactly the type of enterprise necessary to encourage the commercial development of rugby in countries which have been historically been systematically pillaged by the traditional heavyweights of the game.

Nobody is expecting the Lions to play one of their three tests against the All Blacks in Fiji, but given that the Lions are set to embark on an unnecessarily-long, ten-test, 36-day tour of the region (more on that later), it is wholly disappointing that the powers-that-be were not interested in scheduling a warm up fixture against one of the Pacific Island national teams, bringing much needed exposure, sponsorship and cash flow to the countries whom the British Isles have flourished off in recent years.

The other glaring problem regarding the Lions’ itinerary is that it’s simply too long.

Don’t get it wrong; for the consumer (and television rights holders around the world), it’s great.

Ten separate matches to watch and digest throughout the months of June and July are perfect for die-hard rugby fans, otherwise deprived of their favourite sport during the summer months.

However, the reflection that needs to take place is whether seven ‘warm-up’ matches, in addition to the three-test series is truly necessary.

Staging a fixture against the Maori All Blacks – New Zealand’s National ‘B’ Team - is the most logical of choices given that, by definition, the Lions will be preparing for their series against the New Zealand national team by playing against the country’s representative ‘seconds’ team.

Hosting fixtures against New Zealand’s provincial Super Rugby sides is also cogent. With New Zealand’s five franchises spread across both its North and South Islands, including provincial fixtures on the schedule offers a definitive ‘tour’ element to a test series that is otherwise only split between the two largest cities on the North Island (something else that will be addressed imminently).

The quadrennial Lions tours are seismic events for both touring and fans of the home nation, and hosting fixtures in Christchurch, Dunedin, and Hamilton - in addition to the Maori All Blacks game in Rotorua and the Provincial Barbarians game in Whangarei
– allows Kiwi rugby fans from all over the country the rare opportunity to see the best of British and Irish rugby play in the flesh.

However, shoehorning in five separate provincial games, including one between the Maori All Blacks and the first test, and one between the first and second tests is overkill. Obviously not every member of the 41-man Lions squad will be participating in each test and the ancillary games to the test series allow rotational players to ensure their match fitness should they be called upon.

Yet for many of these players, this will be their tenth and eleventh-consecutive months of playing competitive top-flight rugby, some of whom will have had barely two weeks between their domestic play-offs and the first Lions fixture against the New Zealand Barbarians. In the cases of Peter O’Mahony, CJ Stander or Jack Nowell for example – three players set to play in the PRO12 and Premiership finals respectively this weekend – all three will have less than a week between finishing their club duties and flying 26-or-so hours to New Zealand.

Managing the squad’s fitness and fatigue levels will be head coach Warren Gatland’s prerogative and measures will undoubtedly be taken to prevent key players such as Owen Farrell and Dan Cole – who have both played over 30 games for club and country already this season – from being burnt out by the time the third test rolls around on 8 July.

But a smaller, slightly-condensed schedule is the solution to both protect player welfare and actively promote the game in the South Pacific. Thus, an optimised Lions tour from both a welfare and rugby standpoint should include a number of alterations to the current format.

The first would be by opening the tour in either Suva or Apia against a Select XV/Barbarians side composed of Samoan, Fijian and Tongan players. The fixture would be a small gesture, but one that would bring significantly heightened exposure to Pacific Island rugby.

The second would be to scrap the New Zealand Barbarians game, thus opening a spot up earlier in the schedule and ensuring there isn’t an unnecessary mid-week fixture between the first and second tests. In the cold light of day, the Barbarians fixture isn’t a necessity and is an acceptable sacrifice to allow the Lions more rest between tests against the All Blacks.

Finally, whilst staging two of the three Lions-New Zealand tests at the country’s largest stadium – Eden Park in Auckland – is a logical choice, the decision to host the second test at Westpac Stadium in Wellington means all three fixtures between the sides will take place on the country’s North Island.

Even with the compensation of two provincial games in Christchurch and Dunedin, it is a substantial oversight to not have the New Zealand national team play at least one of their tests against the touring party on the country’s South Island. If the organising bodies were – understandably - reluctant to move one of two tests away from the country’s largest stadium, an agreeable alternative would be to move the second test from Wellington to Christchurch – the country’s third-largest city – and ensure the three-test series assumed a much more wholesome national character.

In truth, the almighty dollar rules all and many of the decisions taken when planning the 2017 Lions tour to New Zealand will have – understandably – been influenced as such. But with a few small changes and additions, future tours can rectify the oversights made for this year’s tour and make the 2029 Lions tour to New Zealand in twelve years’ time, even more of a monumental occasion in Lions, All Black and world rugby history.