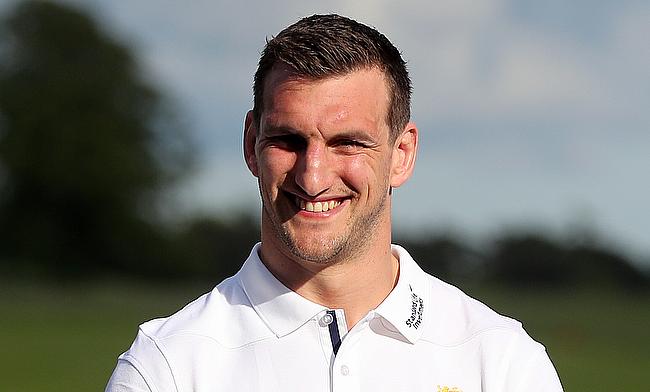 British and Irish Lions skipper Sam Warburton has announced his full fitness ahead of the 10-game tour of New Zealand that kicks-off next month.

The former Wales captain suffered a knee ligament strain while playing for his club Cardiff Blues and has been sidelined since the start of last month. However, after recovering from the injury, the 28-year-old is in line to lead the Lions in the tour opening game against New Zealand Provincial Barbarians at Toll Stadium on 3rd June.

"I am fully fit, which is good," said Warburton, speaking at the Lions training base in Kildare, Ireland on Monday.

"Last week in the camp in Wales I was pretty much doing everything apart from just the last little bit of contact stuff.

"But today I trained fully. We did full contact, and I was absolutely fine. That's is all the boxes ticked, and now I can crack on.

"We've only had one day here, but we can run pretty much two lineouts and get some team stuff going.

"We can do it all fully-loaded. All the boys are pretty much up to the speed. We can start building some momentum."

Expressing disappointment on missing Billy Vunipola for the gruelling tour as the England international pulled out due to a shoulder injury, Warburton is confident that his replacement James Haskell will be a force to reckon against back to back World Champions.

"Billy was one of the guys I was really looking forward to playing with who I hadn't played alongside before," Warburton added.

"He has been a massive player for Saracens. It is a big loss for us, but James (Haskell) coming in - I think only Rory Best and Alun Wyn Jones have got more caps than him in the squad - means we are very lucky.

"He is a player who I think will have a massive impact on this tour.

"I think it was a mature and brave call for Billy to make. There would have been a lot of pressure on him to go on tour, and he could have ended up going, perhaps playing the first two games, and he might have felt under-par and could have ended up being sent home anyway with his shoulder.

"He will be gutted, but he is young enough - he could perhaps go on another two Lions tours. I am sure he will be back, and in four years' time he will be red-hot for the Lions."