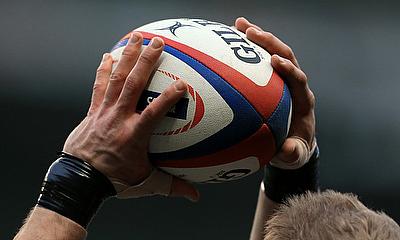 They had progressed through to the quarter-finals but were beaten 21-10 by Germany.

Team GB led 10-7 at the break through tries from Tom Curtis and Will Montgomery but a second-half fightback from Germany saw their opposition progress.

The U18 side, who were made up of seven English, three Welsh and two Scottish players, were then left to battle for fifth/sixth place and victories over Portugal (35-17) and Italy (17-14) sealed their final position.

A total of 12 rugby sevens teams participated in the tournament with the winning team qualifying for the Youth Olympic Games which takes place from 6-18 October 2018 in Buenos Aires.

Team GB had progressed through to Sunday’s knockout stages having beaten Lithuania 33-12, Belgium 36-10 and Georgia 33-17 on day one.

Head coach Russell Earnshaw commented: “It was obviously disappointing to have lost one game against Germany but there have been lots of things that we can take away to learn from and they’ve been excellent all weekend.

“We've been really pleased with the way that all three nations have come together and everyone has had some really good individual moments across the board – I know they’ve all really enjoyed the experience of playing together as Team GB."